Back to the old house

This post has been living in my head for more than two years now. In fact, I had my first stab at writing it shortly after my Dad passed away, back in August 2016, knowing that sooner or later the time would come that I'd have to publish it. I deleted what I'd written and started from scratch several times over. For months at a time, I didn't want to look it in the eye, while all the time knowing that it was there, somewhere in the depths of my drafts folder. 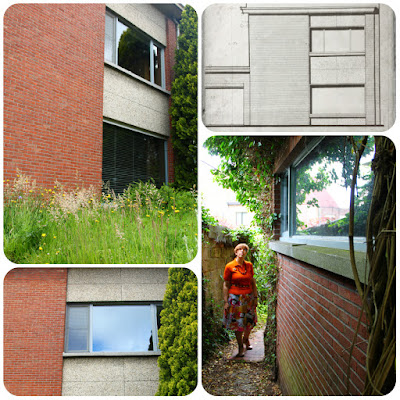 The thing is, how exactly does one write about saying goodbye to the place which keeps so many memories within its walls: my childhood home? The house which has been woven into the tapestry of my childhood and adolescence, its very layout leaving a permanent imprint on my impressionable mind.

I did most of my growing up there. I ate, slept and played there. Spent hours curled up on the sofa with a book. Wasted  hours daydreaming in my bedroom. Where I hung posters of punk bands on the walls of my room when I was not-so-sweet sixteen and the future an unknown entity that both scared and excited me. 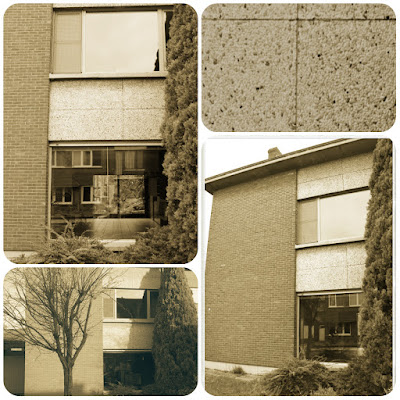 This is the place I was homesick for when I went abroad on a school trip for the first time. A safe haven to return to. Somewhere I could shed my chronic shyness and insecurity.

If you listen carefully, your ear pressed to its walls, my old bedroom still echoes with the music I listened to when I was a troubled teenager. There's still heartbreak lingering in the air from when I split up with my first boyfriend. 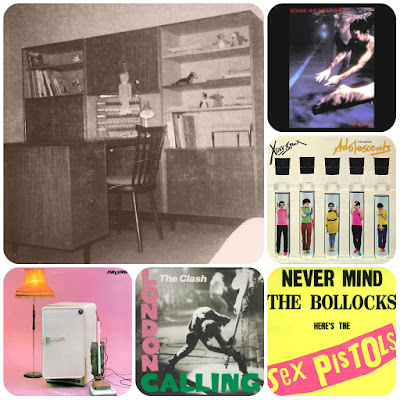 How does one write about all this indeed? I still haven't got a clue but the story begs to told.

Tomorrow, the house will no longer belong to us. We have closed its door for the very last time, and our memories will be the ghosts that haunt it.

As far as houses go, the old house isn't really that old. In fact, it is younger than me. My parents built it in the early 1960s, my Dad and grandfather doing most of the work single-handedly, and we - my Mum and Dad and a not quite 3-year-old me - moved into it in July 1964

It was one of the first houses to be built in a brand new street on a brand new estate where not all that long before there had been fields, meadows and the orchard our street was named after. 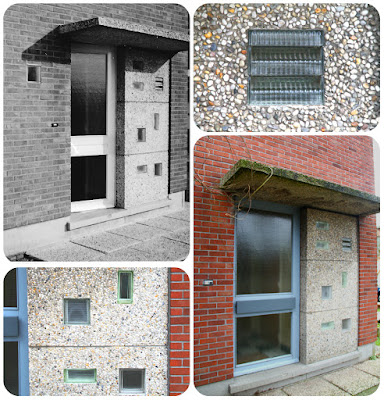 Whereas most of the estate's houses were fairly traditional, my parents clearly embraced the modernity of the late 1950s/early 1960s.  Our house was the only one with floor to ceiling windows at both ends of the living room. At the front, the windows were off-centre, with panels of pebble dash separating the downstairs and the upstairs windows, with a large expanse of red brick wall to their left.

There was a pebble dash awning above the front door which, being a semi-detached house, was at the side rather than at the front, and more pebble dash panels appeared in the wall next to it, which was interrupted by the odd glass brick. This is where our downstairs loo was. 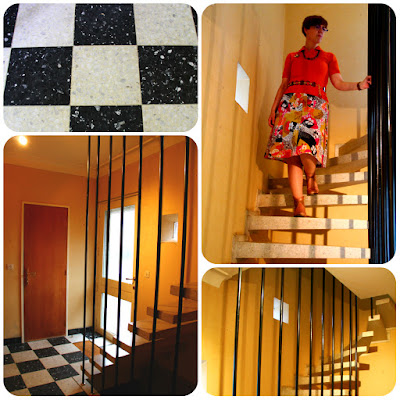 Upon entering the front door, the first thing that struck you were the black and white tiled hall and immediately to the left, the stairs leading to the first floor. These were another tribute to the era, consisiting of white faux marble slabs which were cleverly built into the outside wall on one side. 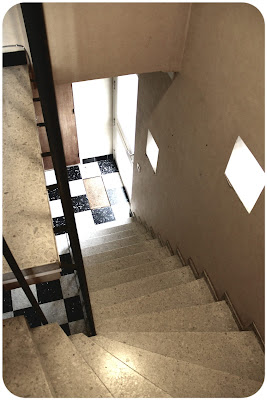 The whole staircase seemed to float in mid air although, on the unsupported side, safety was provided by black iron rods in varying lengths, which acted as a banister. 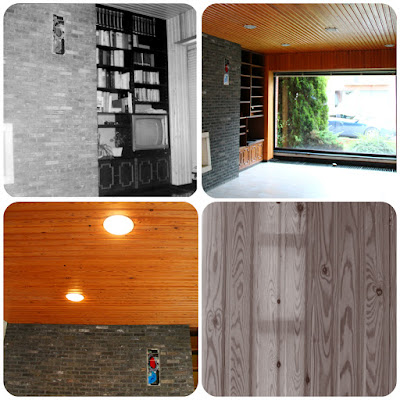 The room had nice black and white marbled tiles, which would later, when I was in my early teens, be replaced by vile green-ish fitted carpet, which seemed the height of luxury at the time.

A suspended ceiling made from tongue and groove pine, with built-in spotlights, was added in the late 1960s, and my Dad designed some shelving for our growing collection of books, incorporating a state of the art pull-out shelf for our television.

Central heating was quite a new concept for my parents, but they even went one step further, as instead of regular radiators, our living room had heating elements sunk into the floor and covered with cast iron grilles, beneath each of the windows. 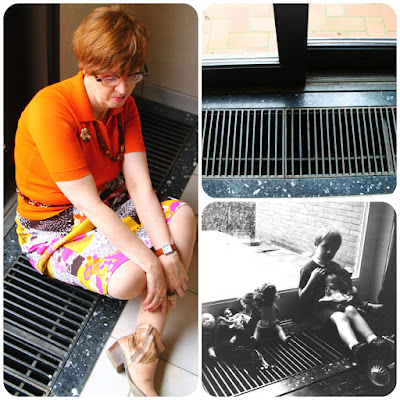 These grilles were to become the bane of our lives, as they gobbled up small things - think Barbie shoes, marbles, jigsaw pieces and Lego bricks. Luckily, the grilles could be removed, and my dad invented a clever piece of equipment for retrieving lost treasure which had ended up under the heating elements. 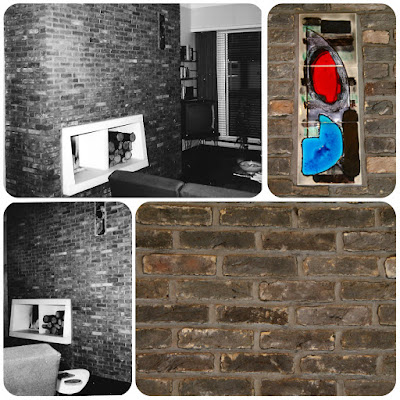 The living room's other outstanding feature was a large grey brick chimney breast. Allegedly these bricks were salvaged from an old barn which had been demolished near my grandparents' house. The chimney breast had a slightly protruding fireplace built from smooth, off-white stone, with an identical wood storage compartment next to it.  My favourite feature was the small panel of abstract tiles, providing a subtle element of colour in the sea of grey brick. 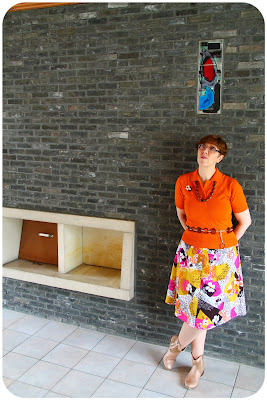 For the first few months after moving in, I shared my parents' bedroom, until my own bedroom next door was finally finished.

I still have fond memories of the wallpaper on the wall next to my bed, which featured kittens playing with balls of wool among houses of cards. This remained in place until in the early 1970s I insisted on having orange wallpaper. I really was a child of my time!

My father, who was a joiner, designed and made the huge built-in cupboard in my room, which incorporated a night table, a spacious wardrobe, book shelves and plenty of storage space for toys. 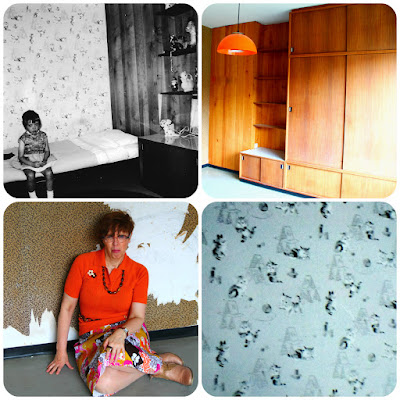 Understandably proud of his achievement, my Dad insisted that I posed for a photograph, while sitting on my bed. As I was happily playing in the garden at the time, I wasn't too pleased at having my game interrupted. Hence the tear stained, thundercloud face!

Our back garden had some shrubs and trees at its tapered end. 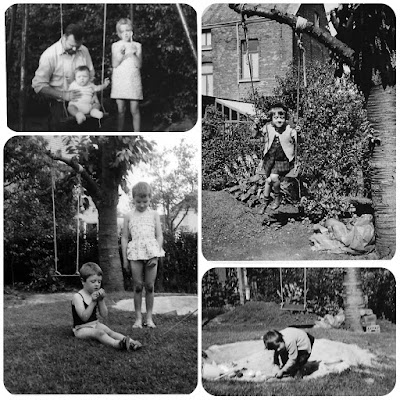 Initially, it had a swing dangling from a sturdy branch of a tree, which would later be replaced by a proper swing set, containing one single swing. Immediately in front of it was a circular sandpit, where I built sandcastles and made mud-pies. I loved messing about with the fine sand, which ultimately led to the demise of my curls. 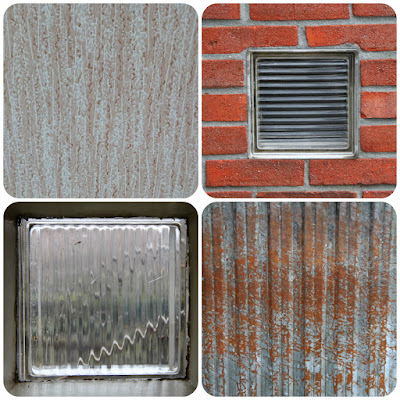 The house itself has long ceased to be my home, as I left it for good in 1980. I didn't go home much in the first few years after I left, and it is strange to think that life at home just went on without me. My siblings, who are much younger than me, were only 9 and 11 going on twelve when I left home and, looking at photographs and film footage (my Dad had switched to a Super 8 camera at some point), it now strikes me that for most of their adolescent years, they were part of a family unit of four, with me the absent ghost sister.

After I left home, the house was redecorated several times, a new kitchen and bathroom were installed and new furniture appeared, so that it in the end, it didn't feel much like the house I grew up in anymore. 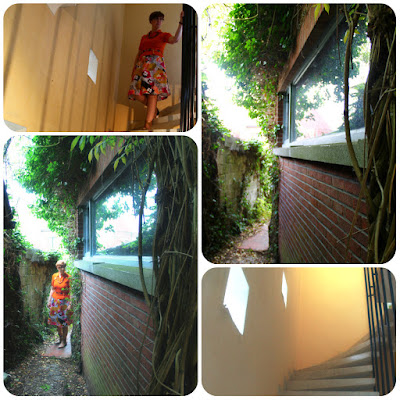 It took all those months of clearing the house, stripping it back to its bare bones, so to speak,  to rediscover and appreciate it and the countless, often poignant, memories it holds.

There's a whole Pandora's box full of them, which will forever haunt me in my dreams, from which I will wake up with tears in my eyes and a song playing over and over again in the background: