Don't know much about history

Although I now have a keen interest in history, I have to confess that it wasn't a favourite subject at school. Not that I am a complete dunce, but I have a feeling that my knowledge of history is a bit fragmented. This is mainly due to the teacher I had during the last four years of secondary school, whose heart wasn't really into teaching. He didn't even make us swot for our exams, as his were open book ones, so names and dates are not as imprinted on my brain as they should be. 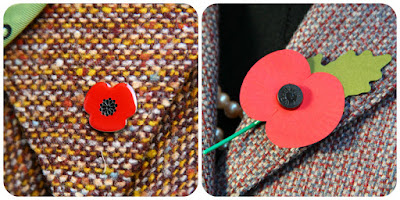 When it comes to the First World War, the things that stuck to mind, apart from the dates, were the trenches, and that our very own Flanders Fields were the scene of some of its most important battles.

And let's not to forget that 11 November, Armistice Day, is a holiday here in Belgium! 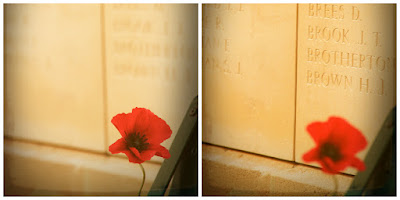 Can you believe I hadn't even been to Ypres until a couple of years ago? This all changed when we first went there for a short break back in 2012.

Visiting Ypres, it is impossible not to be immersed in the history of the Great War. 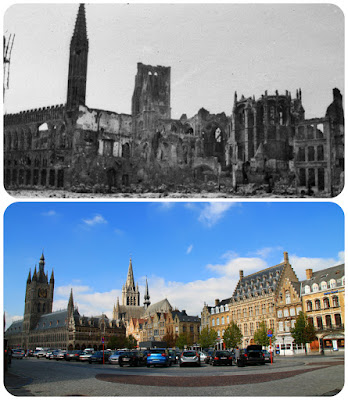 Looking at the magnificent old buildings, and especially the Cloth Hall (Lakenhalle), it is almost impossible to grasp that the whole town was virtually destroyed by four years of pointless violence and that the buildings you are looking at are less than a hundred years old.

In fact, it was only due to the people of Ypres that the town was rebuilt at all, as the British were all for keeping the ruins as a modern Pompeii. 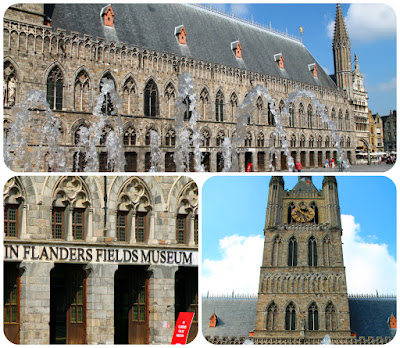 The Cloth Hall now houses the interactive In Flanders Field Museum, the visiting of which makes you only too well aware of the importance and severeness of the Great War. 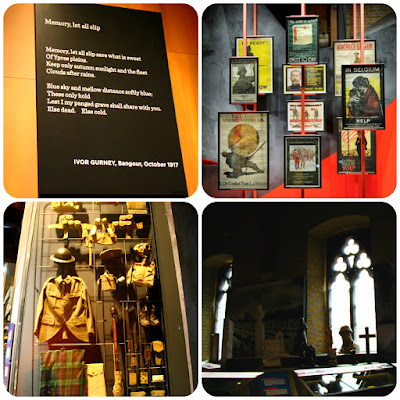 Every visitor is given a poppy bracelet with a microchip. Based on language and entered data (name, country, region), the interactive application makes the closest match between you and two First World War witnesses, ordinary people whose stories make the war tangible and personal.

As you journey through the museum, the whole experience is enhanced by a chilling soundtrack composed by the British band Tindersticks. 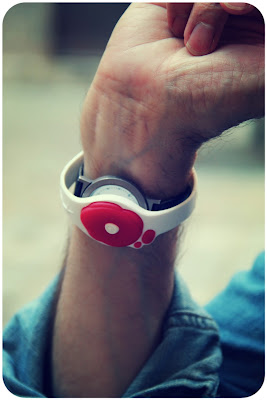 We visited on a gloriously sunny September day and stepping out of the museum we felt rather dazed and slightly disorientated.


Also in Ypres, the Menin Gate is the most famous Commonwealth war memorial in Flanders, which stands on the site of the gate through which tens of thousands of soldiers passed on the way to the front, many of them never to return. 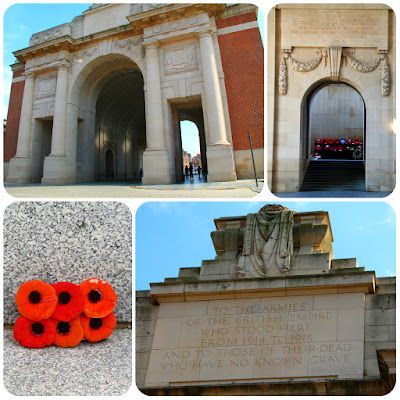 The gate was officially inaugurated in 1927 and displays the names of 54.896 soldiers which went missing in the Ypres Salient between the outbreak of the war and 15 August 1917. 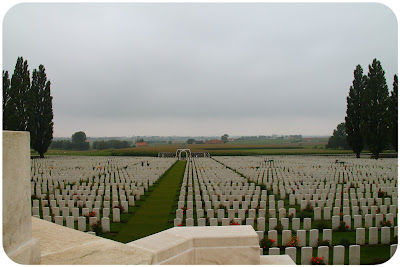 Because the gate was too small to hold the names of all the missing, those who were lost after this date (a further 34,000) are commemorated on the panels of the Tyne Cot Memorial in Passchendaele, which we visited on a suitably grey day in September 2014. 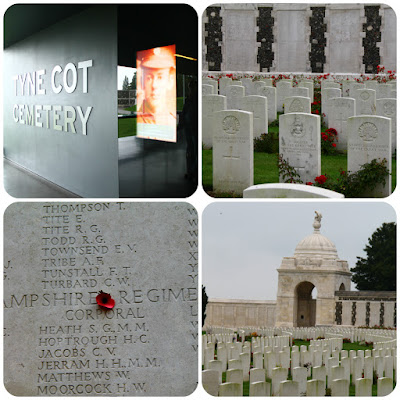 Approaching the new visitor centre, which was opened in 2007, you can hear the names and ages of the young men who died recited in the background, which is incredibly moving. 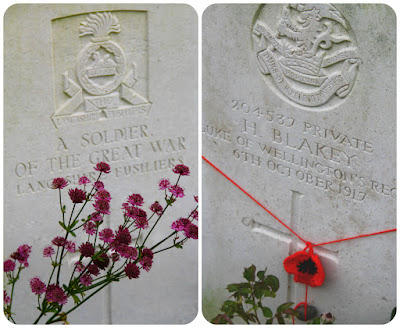 11.956 soldiers of the Commonwealth are buried here. The screen wall at the back of the cemetery commemorates a further 34.957 missing soldiers who died after 15 August 1917. 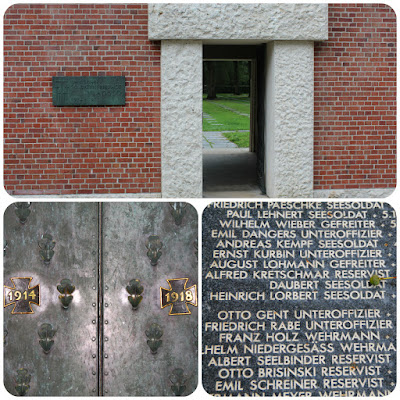 The German War Cemetery at Vladslo near Diksmuide (Deutscher Soldatenfriedhof Vladslo) contains the remains of over 25,000 young men. It is in stark contrast to its British counterparts, but certainly not less moving.

The tranquil setting, with simple stones and roughly hewn stone crosses, creates a sense of great sadness and loss. 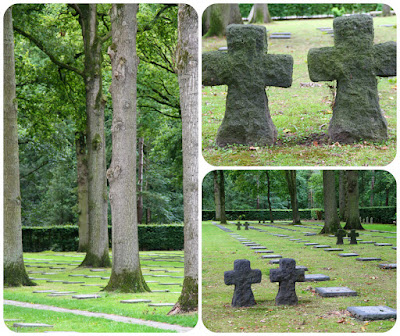 This is enhanced by the pair of sculptures entitled “Grieving Parents” by German artist Käthe Kollwitz, who lost her youngest son in the war. 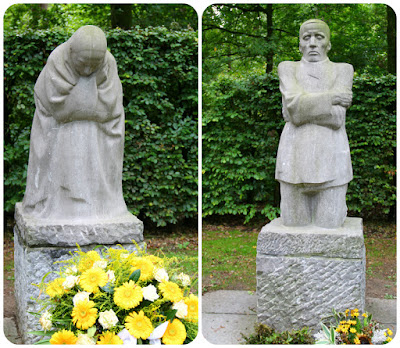 At the time of our visit, the sculptures were being restored, so unfortunely it was impossible to photograph them together.

For now, I will end this history lesson with someone else's words, written at the time:


When war shall cease this lonely, unknown spot
Of many a pilgrimage will be the end,
And flowers will bloom in this now barren plot
And fame upon it through the years descend-
But many a heart upon each simple cross
Will hang the grief, the memory of its loss.
- John William Streets, A Soldier's Cemetary

Posted by Polyester Princess at 14:17