We won't have it known that we own a telephone

In my previous post, I told you about the 1960s radiogram cabinet we were given by our neighbour.

However, this is by no means the only gift which was recently bestowed on us. 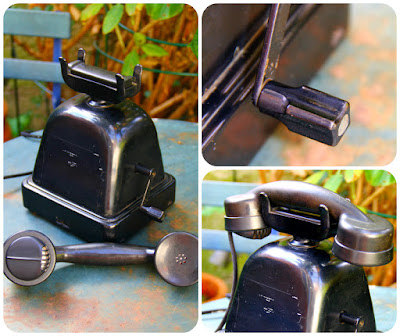 Shortly before we got the radiogram, Jos was given this phone by a friend, who used to work as a technician with the Antwerp police force.
It's a direct line desk phone, with a metal body and a Bakelite handle. It has a crank, and no dial, and it probably dates from the 1950s, or possibly earlier. 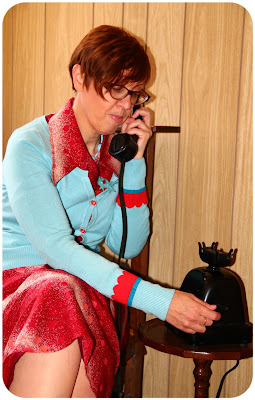 It was manufactured by ATEA, who used to have a factory in the Antwerp suburb of Berchem, and a a bit of googling revealed that it is quite rare. 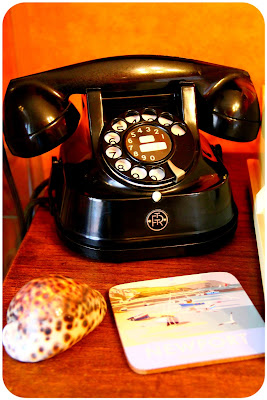 It reminded Jos of the phone used in the 1964 Belgian youth series 'Kapitein Zeppos' and although I couldn't find a still from the series in which the phone can be seen, I did find this one of the series' protagonist, the 'Kapitein' himself, making a telephone call. 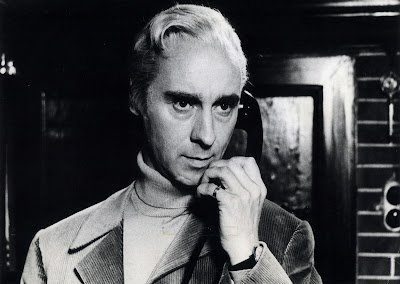 Quite a dapper chap, no? It's somewhat off-topic, but the series was even bought by the BBC - quite a feat for a Belgian series - who aired it in 1966 as 'Captain Zeppos'. 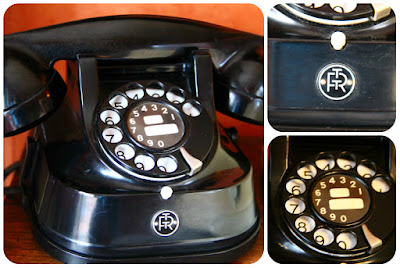 The phone is a 56 A, which was introduced in 1956 by RTT, the Belgian telegraph and telephone company, as their standard phone, which could be rented by the public. It has the RTT logo on the front.

Older versions of the phone might have a lion on the front, as this was the old RTT logo. 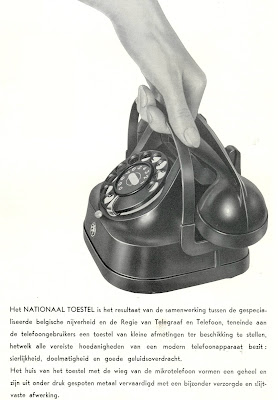 The phone was produced by a temporary association formed by ATEA and that other Antwerp based company, BTMC, or Bell Telephone Manufacturing Company. The phones produced by BTMC are marked with 56 B at the bottom. 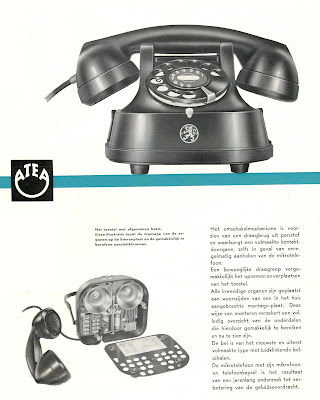 It was based on a model developed by ATEA, who had been producing different versions of the phone since the mid-1930s.

I quite fancy the white 1930s version!

In our dining room, an even older phone is taking pride of place.

This hand cranked wooden wall phone was made by Bell Telephone Manufacturing Company and probably dates back to the early 1900s.

In the 1960s, when Jos was working at his first job as an electrician in a brick making factory, they were in the process of replacing these phones, which were still in use on the shop floors. The phones were all dumped and destroyed, but fortunately Jos had the foresight to salvage this one. 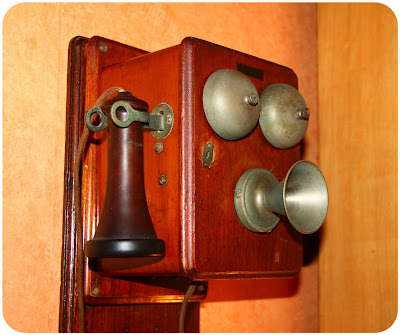 Fast forward 50-odd years when, while visiting a large second hand shop, I spotted a collection of what looked like bird houses on a long plank. Bird houses made of high quality wood, and without entry-holes, that is. 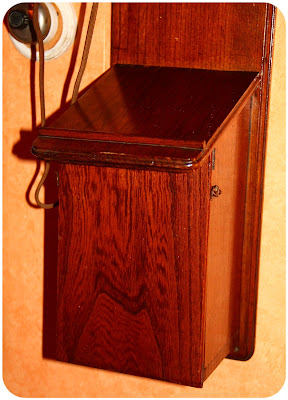 I was mystified as to what they were and when I drew Jos's attention to them, he got really excited.

Turns out that these were the boxes which held the batteries needed to operate the wooden wall phones.

It goes without saying that we bought one of them, and lo and behold: it was a perfect fit, and our phone is now fully restored to its former glory, albeit without the battery. 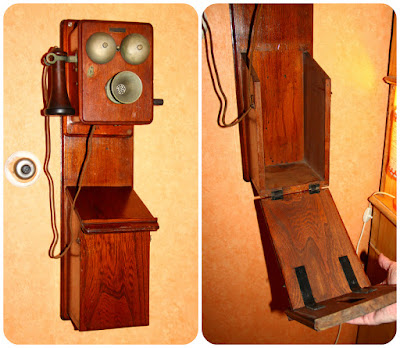 The top of the battery box can even be used as a little writing desk to take notes while on the phone.

When the hand crank is turned, the bells on the front of the phone still ring, which is a favourite party trick! 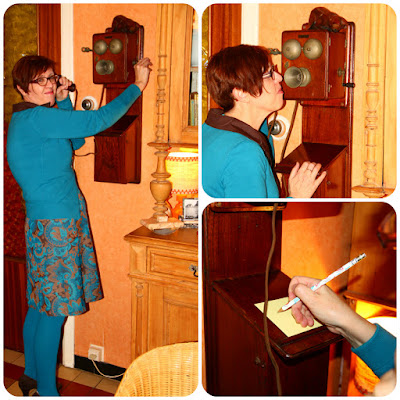 By coincidence, a couple of years later, Jos started working at Bell Telephone Manufacturing Company, or 'den Bell', as it is colloquially known in Antwerp.

When they celebrated their centenary in 1982, they begged Jos to lend them the phone for an exhibition, which Jos refused, as he was afraid he would never get it back or that it would get damaged. They then had to make do with a replica. 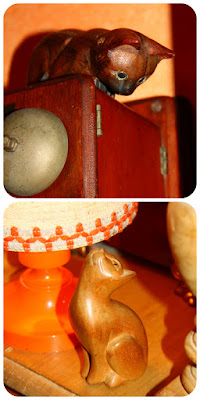 It's all in the detail!

Did you notice the carved wooden cat on top of the phone?

Aren't they a cute pair?


Now, if you'll excuse me, I have a couple of telephone calls to make ...
Posted by Polyester Princess at 19:41