A design for life

Pickings have been quite meagre at the charity shops lately.

Even my favourite vintage shop, Think Twice, has been letting me down, as in the three weeks since the start of their new collection, I only bought one dress.

Not to be deterred, last Saturday we persevered and went for our usual charity shopping trawl.

This was my outfit for the day: 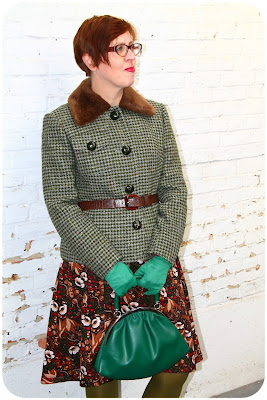 The green checked woollen jacket with fake fur collar came from Think Twice and was actually bought in the middle of a heatwave last summer.

I added a charity shopped brown belt with lucite buckle, which almost exactly matches the shade of the jacket's collar.


My green vinyl handbag, which is surprisingly roomy for such a small bag, came from Think Twice, as did the green gloves. 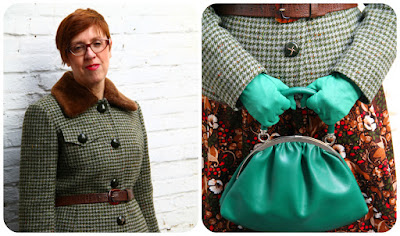 Underneath, I wore a dress in a riot of autumn colours, found at our most local charity shop last month.

At the time, the red accents reminded me of holly berries, and the inevitable Christmas connotation is why it took me so long to wear it for the first time. 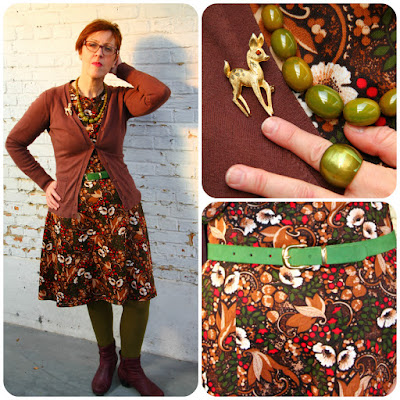 I accessorized the dress with a green belt, olive beads and ring and one of my Bambi brooches. All new-to-me, except for the ring.

As for the shopping trip itself, we only came home with a couple of things which I guess is better than nothing!

This plastic egg holder, made by a local company called DBP Plastics in the 1960s, came in many different colourways. They can hold two eggs and have a storage space in the middle for salt.

They are ideal for picnics and packed lunches and therefore have a certain nostalgia factor, reminding us of school trips and family outings.

They often turn up in charity shops for next to nothing and, perhaps not surprisingly, we already have quite a little collection of them. 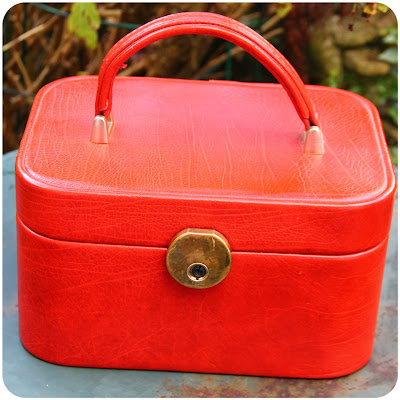 I also found another vinyl beauty case for my collection. This one is such a lovely colour, and at € 2,50 I couldn't possibly leave it behind.

It's going to join the others on top of my wardrobe, as they're quite useful for storing smaller items like socks, belts and scarves. 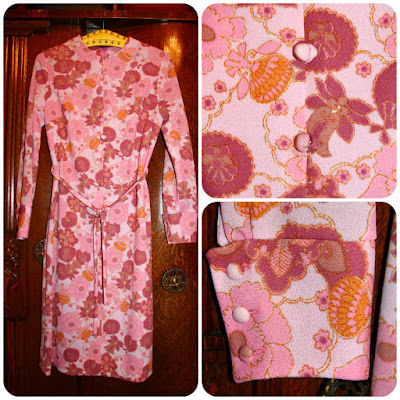 Then, on Sunday, we had another clearing session at my dad's house. We are moving on to the bigger stuff ... 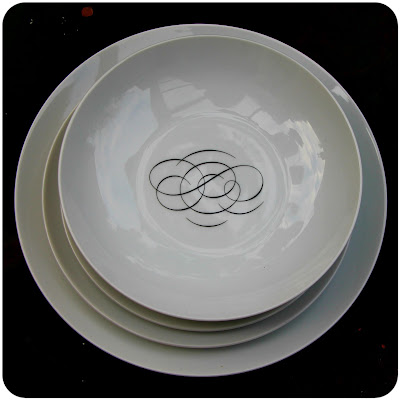 My parents received this dinner service as a wedding present in 1956 and used it throughout their married life on special occasions, like birthdays and Christmas.

It's a classic Mid-Century Modern design, with a delicate black scroll.


In fact, it's a miracle that so many pieces survived, as my mum was quite accident prone, partly due to the fact that she had severe arthritis which through the years had seriously affected her hands. She has been known to drop whole dinner services ... 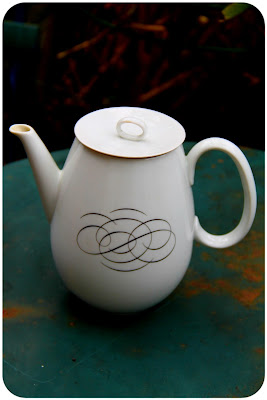 It were mainly the cups and saucers of this service which had fallen by the wayside, though, and there was still more than enough of it left to be divided between my sister and me.

Not that we need any more china ...

Having lived with it for so long, it is strange that I only had a look at what was on the bottom when I got it home. I was in for quite a surprise. 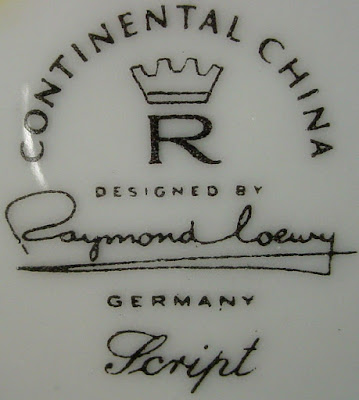 The "father of industrial design", or "the man who designed everything" are some of the accolades given to Raymond Loewy (1893-1986), who is considered to be one of the most influential industrial designers of the 20th century.

He was borrn in Paris and, after studying engineering, emigrated to the US in 1919. 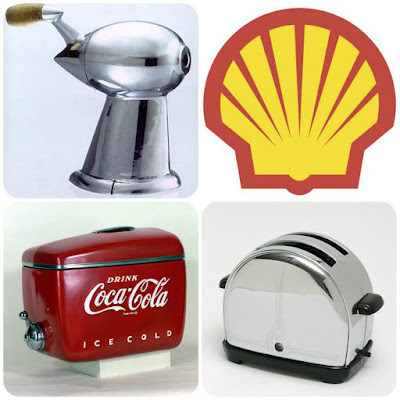 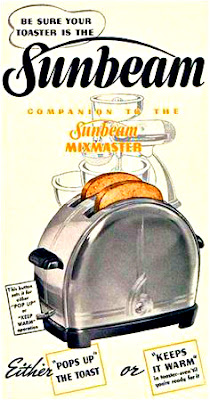 Both the pencil sharpener and the toaster are 1930s designs!


His legacy includes designs for transportation, homewares, furniture and architecture. He also designed many well-known logos, like BP, Shell, Hoover and Lucky Strike, to name just a few. 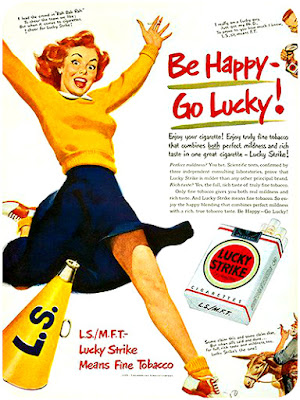 Even without this fascinating discovery, the family connection makes it a design for life, in the true sense of the word!

Now we only have to find some cups and saucers ...

Posted by Polyester Princess at 19:38