Finally, finally, we had a full weekend of spring weather, with lots of sunshine, but still a bit chilly in the shade. Exactly the kind of weather, in fact, that allows the wearing of a suit with a lightweight jacket, so on Saturday my coat stayed behind on our hallstand. 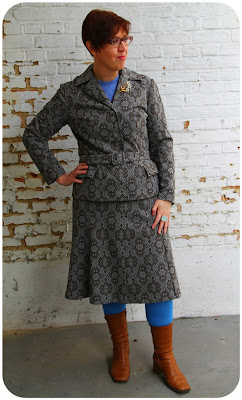 Not that I have anything against coats, mind you. Quite the contrary, in fact: I love a good coat, and I have a multitude of them, in different fabrics and colours. Needless to say that all of them are vintage and/or charity shopped! 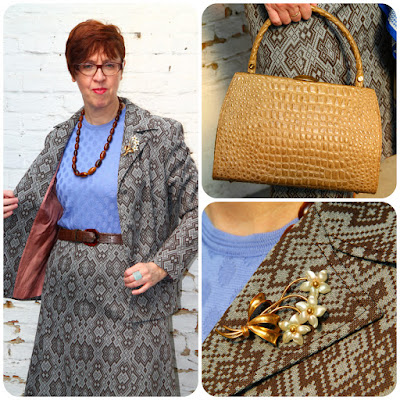 This jersey polyester suit was bought for the grand total of € 4 and is fully lined. It was only when I got it home that I discovered the belt in one of its pockets.

As the colours are rather muted, I wanted to make it look more spring-appropriate and chose a long-sleeved Tricel top in a gorgeous shade of blue as well as some tights in a slightly different hue.

The brooch is one of many bought from the “brooch lady”, a lovely 80-something lady with a collection of over 2000 brooches, which she is now selling at flea markets. At very reasonable prices, I should add. 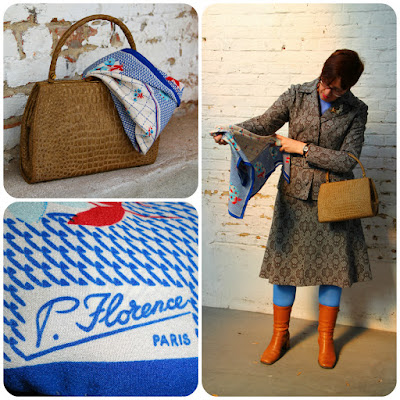 The colourful scarf, again featuring blue, was bought at a local flea market and the handbag was a charity shop find from several years ago. It is just big enough to carry my charity shopping kit.

The charity shop we went to is in a neighbouring town called Duffel, which allegedly is where the word “duffle”, as in duffle coat, is originating from. Although it was known as a cloth making town in the 15th century, neither the duffle coat (a British invention) nor the heavy woollen cloth it is made from, was actually ever produced in Duffel. 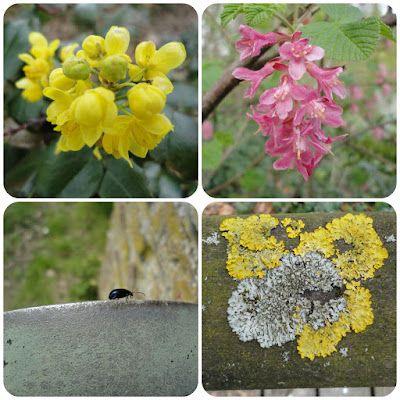 Whenever we visit the marvellous three-floored charity shop in Duffel, and the weather is fine, we combine it with a walk in the nearby park which runs alongside the town’s river. 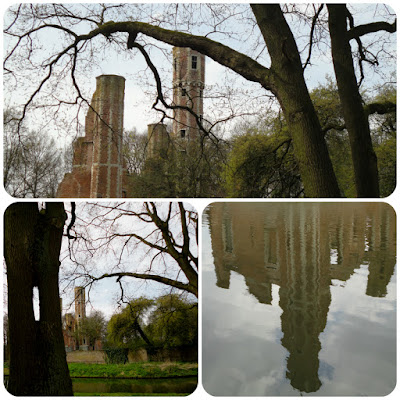 Adjacent to the park are the grounds and ruin of a castle called “Ter Elst”, which is said to be one of the oldest buildings in the Province of Antwerp.

Originally dating from the 12th century, it burnt down and was rebuilt in 1584, then partly destroyed in 1914, after which it was left to deteriorate.

Even though it was bought by the town and has been a protected building since 1973, its towers seem to be leaning ever more precariously each time we visit. 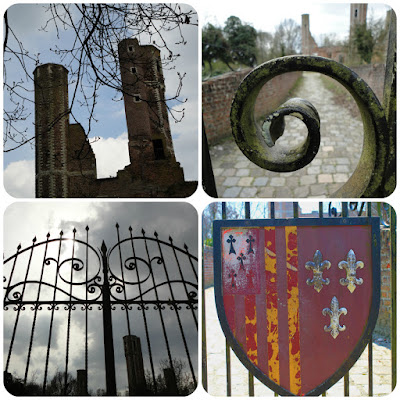 The site is very atmospheric and the castle’s moat is a haven for waterfowl.

On our way back, we found a perfect place to display our charity shop finds, which were rather few this time. 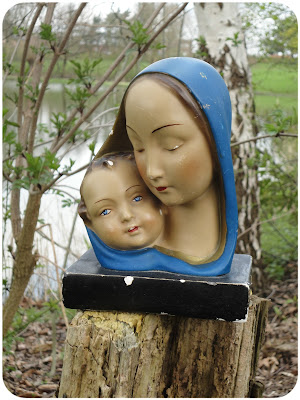 First off is a plaster ware Mary and baby Jesus statue. Although we are not at all religious, we seem to be drawn to stuff like this over and over again. At only € 1,  how could we possibly leave this behind? Doesn’t baby Jesus's head, complete with a cute cowlick, look like one of those antique porcelain dolls' heads?

Hidden at the back of a shelf full of odds and ends was this small rack of hooks from the 1970s Emsa range we are collecting. It was very dirty and one of the hooks has broken off, but it was only € 0,50 and after a good clean it is already taking pride of place in our kitchen. 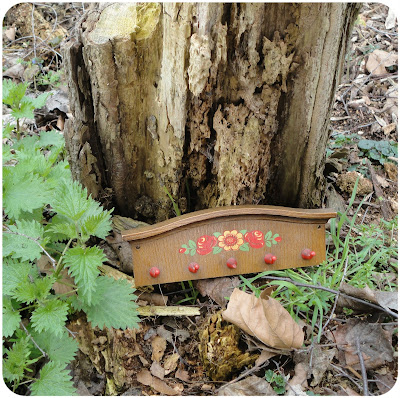 We also bought some items of a more practical nature (old suitcase and beauty case as well as a new-to-us throw) and spent a total of € 4,50, which actually isn't too bad, is it? 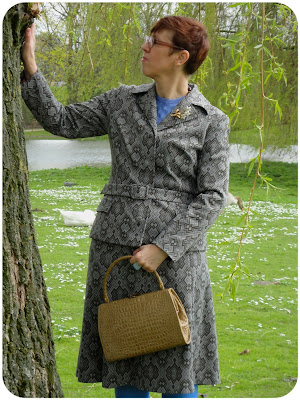 I hope that spring has reached you as well, wherever you are!