The keepers of our secrets

Another year has passed and once again earth has completed its orbit.

Once more, the enchanted place has fallen under midwinter's spell. 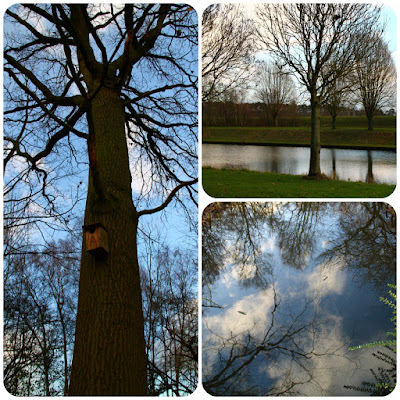 December's eternal gloom has lifted, if only briefly. The layers of grey have peeled away, leaving patches of delicate blue sky and a low watery sun painting the horizon in brilliant colours. 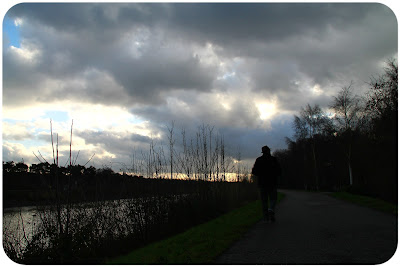 The river is a mirrored ribbon, snaking away towards the railway bridge in the distance.

Every so often, a train passes by, creating a low, rumbling, but somehow soothing sound. 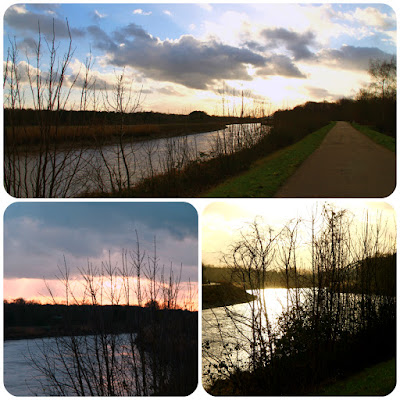 The sky is darkening already, the sun still convalescing and not yet strong enough to lengthen the late December afternoon. 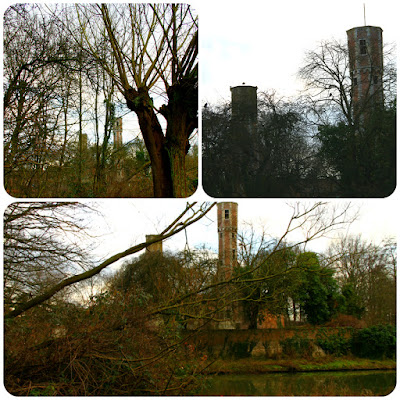 A path leads away from the river towards the castle. Through tangled shrubs and weathered branches, the crumbling castle can be glimpsed, moated and miserable. 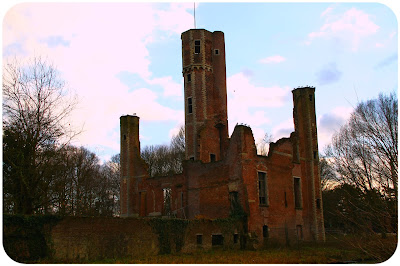 Rounding a corner, its unearthly beauty is revealed, its turrets defying gravity, its walls covered with mosses and lichen.

Time is fleeting, and we fail to catch the fleeting moments.

Only the trees have witnessed the castle's slow but steady decay. 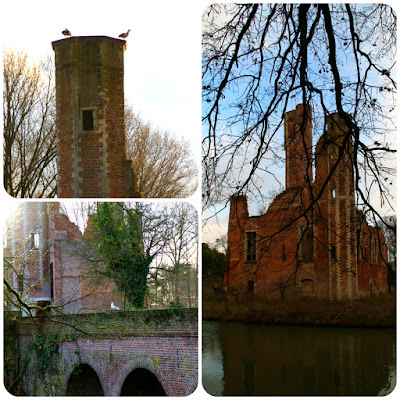 Gone is the great hall used for feasting. The birds are kings of the castle now!

The silence is shattered by their plaintive calling and their bickering and squabbling for the best seats on parapets and blind window ledges. 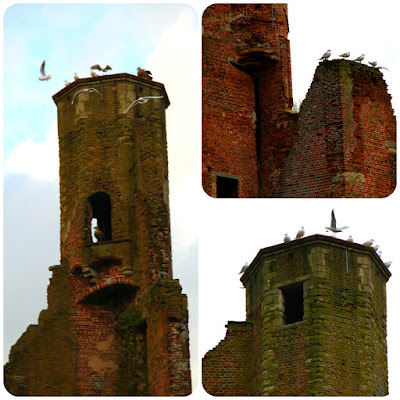 Turning away from the castle, with its padlocked gates and moss encrusted coat of arms, it's as if we are leaving behind last year's regrets and I-told-you-so's. 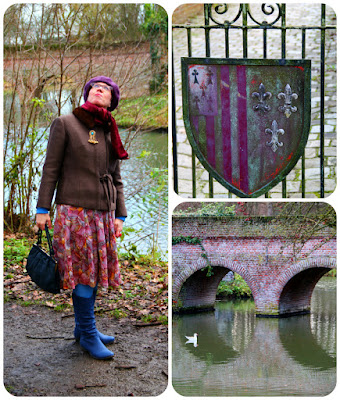 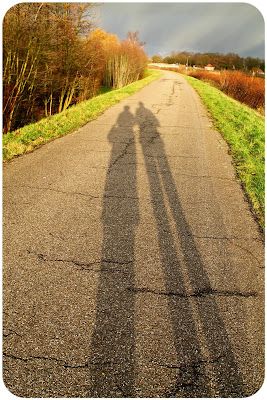 Rainclouds are gathering, but shafts of sunlight keep piercing through them, creating an eerie interplay of sun and clouds. 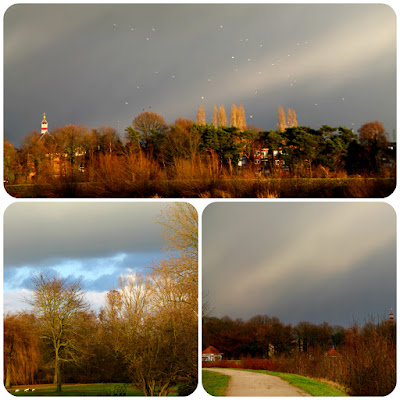 The illuminated trees are bright and brilliant beacons in the park's undulating landscape. 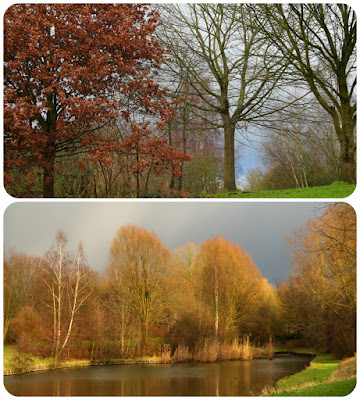 The sun keeps getting tangled in their branches, sinking lower still, the sudden chill a herald of the night to come. 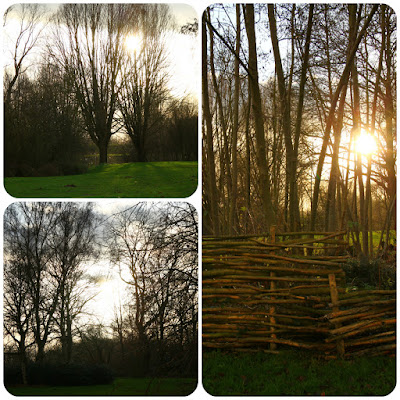 So, it is time to say goodbye once more, taking only dreams to be dreamt on moonlit nights in the new born year. 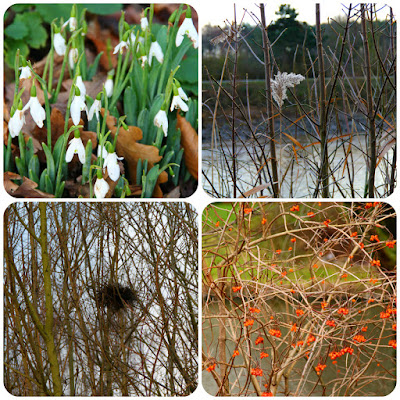 May the new year be a happy one and may some of our dreams come true.

Posted by Polyester Princess at 14:35