It was on the news this week, proving that it was not a figment of my imagination: it's officially the darkest December since 1956. In some places in Belgium there were just under two hours of sunshine in the first twelve days of the month.

Having suffered from Seasonal Affective Disorder, aptly abbreviated as SAD, in the past, I had noticed a considerable improvement during the last couple of Winters.

This year, however, due to the continuous lack of sunshine, I have been feeling tired and irritable, craving sleep as well as time off.

So, as we had a big flea market to go to last Sunday, we decided to take it easy and spend the day at home on Saturday.

Staying in was the perfect opportunity to tackle my overflowing mending basket, starting with some button magic! 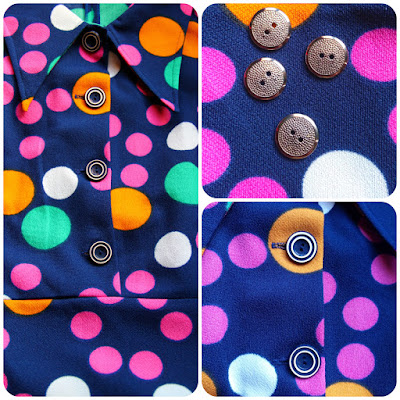 I hated the buttons (top right) on this otherwise fabulous frock but after rooting through my stash I came up with these perfect replacements. 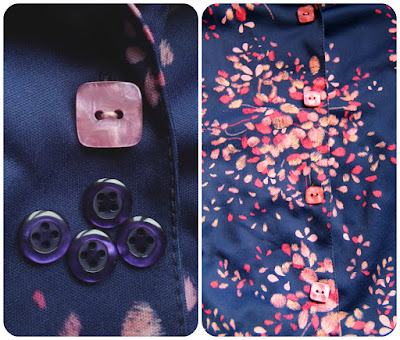 The buttons on this blue dress sprinkled with pink hued flowers were far too small and frankly speaking a little bit boring. These pink squares are just the right size and colour. Isn't it marvellous how a change of buttons can totally transform a garment? 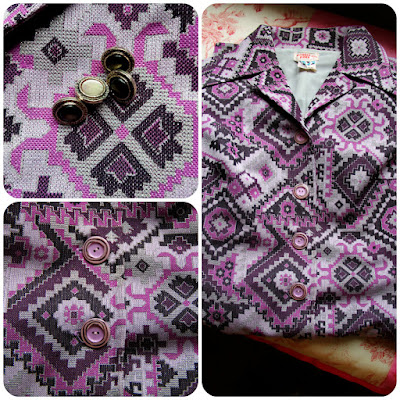 Grey, purple and lilac constitute the colours of this funky print dress threaded with silver lurex, but not only did I not like the buttons at all, there was one missing and another one which didn't match the rest.

Again, my stash of buttons came up trumps, with these swirly lilac ones!

We were getting a bit restless after lunch so, as it was mercifully dry for once, we briefly left the house to visit our most local charity shop. 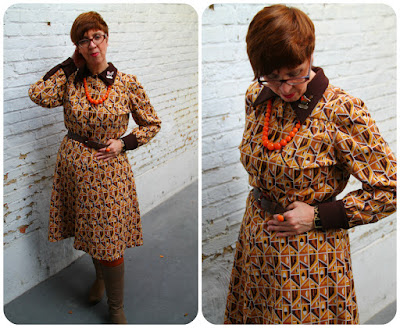 The dress I was wearing was picked up for € 2 at Think Twice at the tail end of last Winter.

It was obviously handmade and somewhat shapeless on top, so I was sure it was one for the giveaway pile, until I did up the top button, which is something I rarely do. Fully buttoned-up it suddenly looked alright, so maybe it was meant to be that way ...

It was the groovy print (Jos said it looked like a variety box of chocolates) that sold it to me and I'm really glad it did. It's going to be a keeper after all! 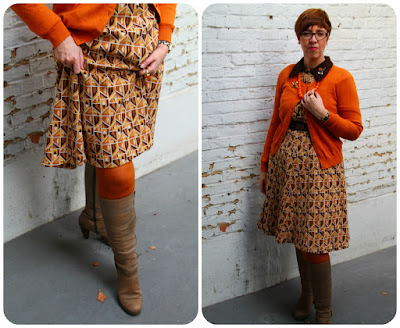 To liven things up  I chose my burnt orange cardigan and tights.

First wear of the boots I picked up during a charity shopping trip a couple or weeks ago! 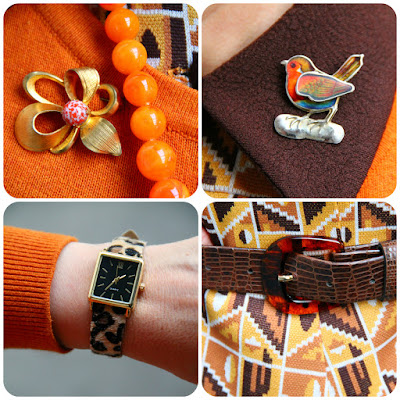 I always have such fun accessorizing my outfits!

The dress came with a brown fabric belt but I preferred to replace it with a textured brown leather one with a tortoiseshell buckle.

Two layers mean two brooches, so I chose a gold tone bow with a red and white mottled stone for my cardie, while I pinned a cheeky little robin to the collar of my dress.

Further finishing touches were a string of orange beads and a watch with leopard print strap, recently picked up cheaply from a high street shop. 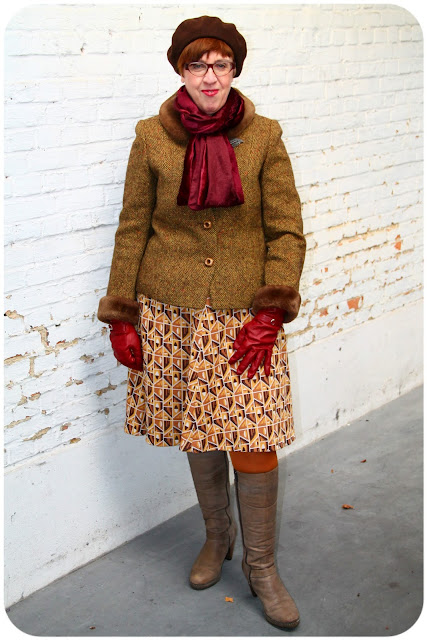 Much as I love my Princess coat, variation is key, so I wore a Tweed jacket trimmed with fur, which is part of a suit.  It's been quite a while since I wore the two pieces together, as the skirt is a little bit scratchy, but the jacket is worn on a regular basis during the colder months. 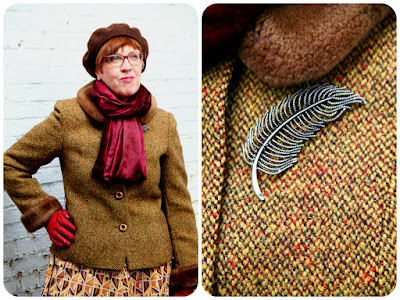 The large feather brooch was still pinned to the jacket when I took it out of the wardrobe, so no decisions had to be made in that direction. 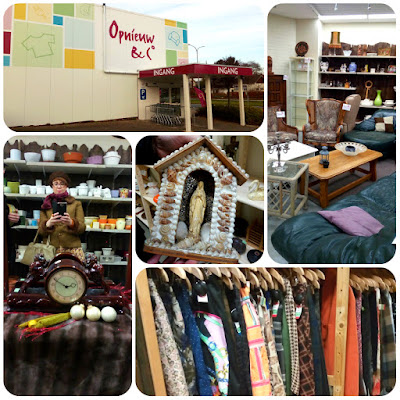 Our local charity shop, which is just outside the town centre, has recently enlarged its premises.

I promised to take some photographs, so here's a little peak inside.

Although the clothing department now takes up the whole of the previous shop floor, there wasn't anything on the rails that was tickling my fancy. 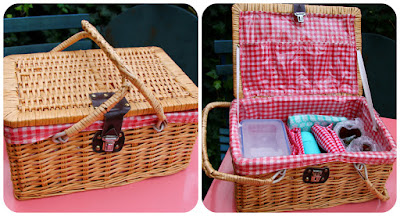 I dug out this sturdy picnic basket from a Christmas display. It is fully lined and even came with a red and white checked tablecloth. At just € 2,50, it was a steal! It's got so much more space than our other basket, which has now been roped in to store accessories. 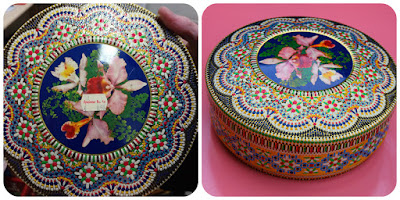 My button stash basket, which by no means can be called small, was full to bursting, making it an ordeal to find what I was looking for. 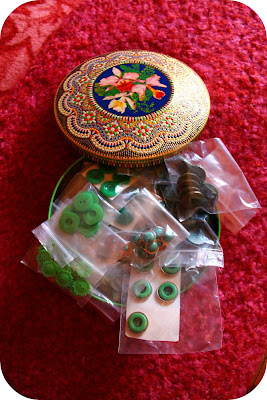 This tin, costing only € 0,50 is now sharing the basket's burden by giving a home to my collection of green buttons. I'm always claiming that green buttons are hard to find, so I was more than surprised by their numbers. 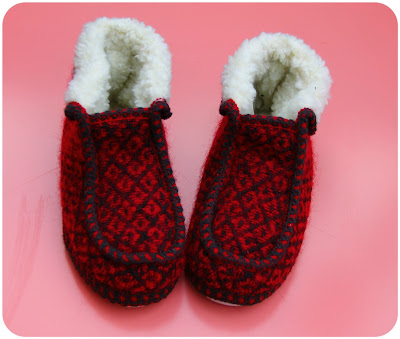 My final buy were these unworn fur lined vintage slippers, perfect for sitting at my desk and writing blog posts!

They were just in time for the snow to arrive, which it did the very next day.

More about that as well as Sunday's flea market in my next post!

Linking to Patti's Visible Monday at Not Dead Yet Style!
Posted by Polyester Princess at 19:18