Save it for a rainy day

The weather gradually got colder during the Christmas break, and although the majority of the days were of a nondescript and mind-numbing greyness, on Friday we woke up to a frosty day with clear blue skies. 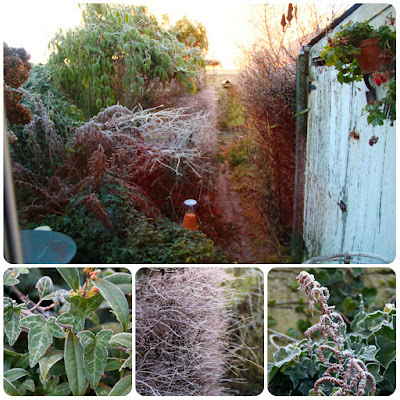 Our tangled mess of a garden was looking almost pretty, the overgrown shrubs and decaying ferns looking as if they were dusted with icing sugar. The ivy leaves looked particularly fetching, edged with a lacy border of tiny crystals.

It was exactly the kind of crispy winter's day that I love, and perfect for a bracing walk.

Dressed in my favourite winter coat, dark green and fur collared, I felt ready to face the outside world we'd been hiding from for a couple of days. 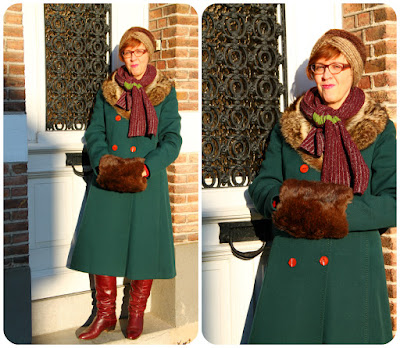 The coat was a € 4 Think Twice find, but I didn't like the buttons and it was a little shapeless. So, out came my stash of vintage buttons to replace the original boring ones (sorry, didn't take photos, as I wasn't yet blogging at the time), and gave it more shape by nipping in the half belt at the back and fastening it with a button. 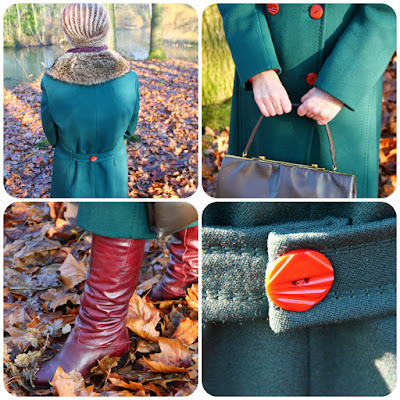 The woolly turban is my current favourite as it's keeping my ears warm and toasty. I bought the fur muff at a flea market a couple of years ago. Perfect for waiting for the bus on a winter's evening, with a pair of gloves underneath. 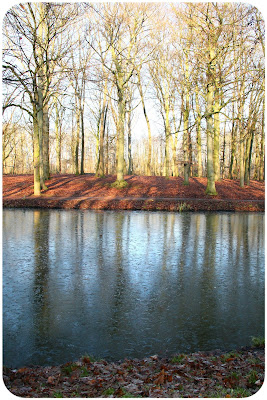 Our outing took us to a nearby park, where we stopped to have a car picnic before walking the perimeter of the park's large, elongated pond, which was covered with a thin layer of ice.


Here and there, ducks were bathing in the the ice-free parts, and causing a bit of a ruckus, while the the odd couple was dozing on the grassy banks, with the crooked silhouettes of the leafless trees meeting their reflections in the crystal clear water. 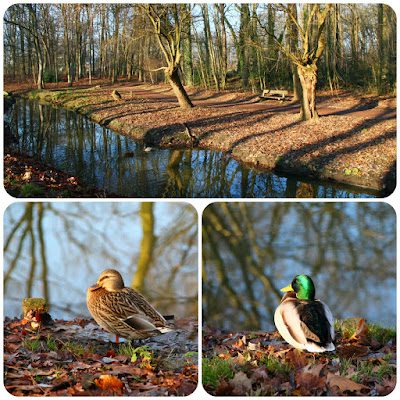 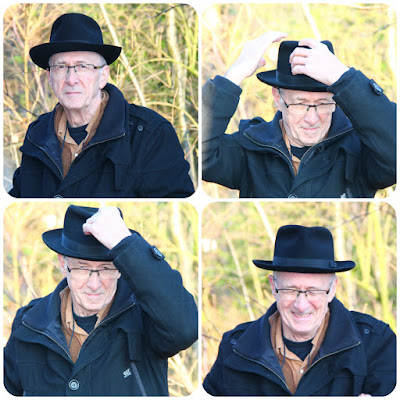 He's been wearing it ever since and causing quite a stir when he's walking the streets of our sleepy town. Now he's even more popular with the older ladies! 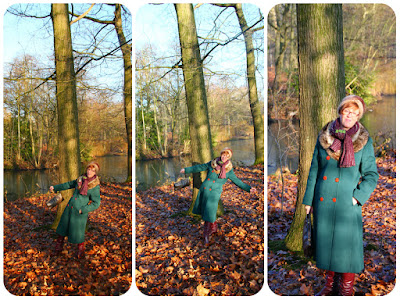 As for me, I'm striking a few silly poses, although I will probably never be as adventurous as Goody!
But hey, I'm trying ... 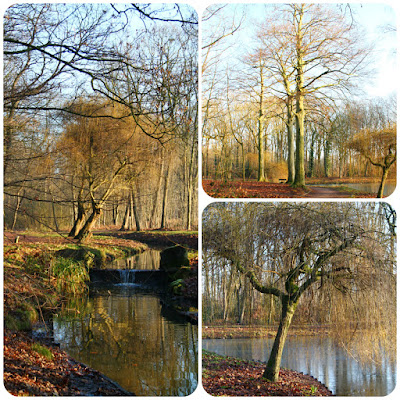 In the quiet of the park, I could practise at ease as, apart from the ducks, we only met the odd dog walker, who seemed to give us a wide berth. 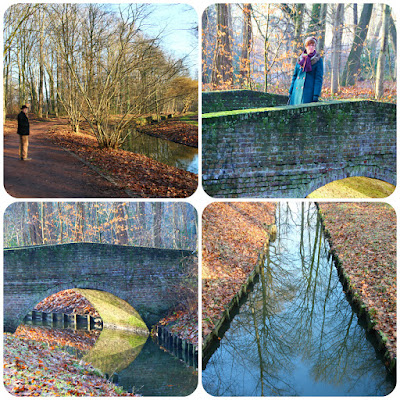 We finished the day by visiting a couple of nearby charity shops. 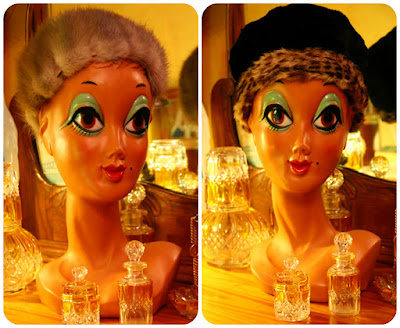 There's always room for some more hats, which Twiggy was kind enough to model for you. 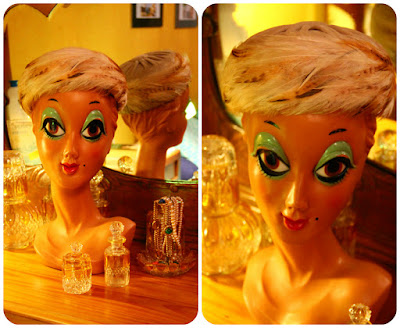 I couldn't believe that this pretty one, featuring a crown of feathers, was only € 0,50.

These two vintage paperbacks, which came from the same shop, were € 0.25 each, and are both worthy additions to my re-kindled collection. 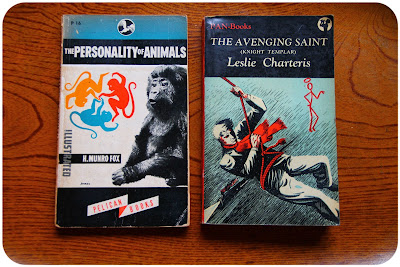 The one on the left is an American Pelican book dating from 1947. When during the Second World War it became impossible to import Penguin and Pelican books from the UK, their American branch started publishing the books themselves rather than importing them. This continued until 1948, when they were rebranded as Signet Books.

On the right is a 1949 Pan Books edition of The Avenging Saint, previously published as Knight Templar in 1930. It was the fourth book featuring Leslie Charteris' Robin Hood-inspired anti-hero, Simon Templar, alias "The Saint".

I'm sure some of you remember the original television series of The Saint, starring Roger Moore, which ran from 1962 until 1969, with over a hundred episodes. 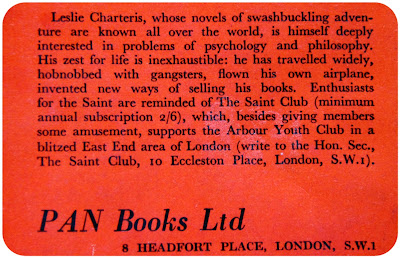 I was amazed to find that The Saint Club, which is mentioned on the back cover, still exists today. They even have a Facebook page!

Inside the book, there was this vintage voucher, which I liked so much that I framed it: 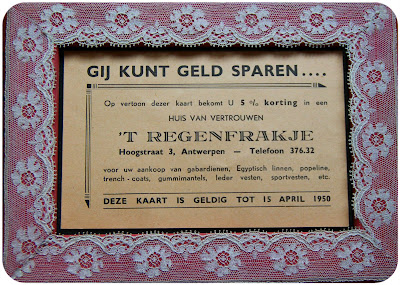 The heading says Gij kunt geld sparen, which translates as You can save money: indeed, it entitled you to a 5% reduction.

Unfortunately, even if the shop would still be there today, the voucher was only valid until 15 April 1950 ...

Posted by Polyester Princess at 17:15