January days and their scarecrow trees 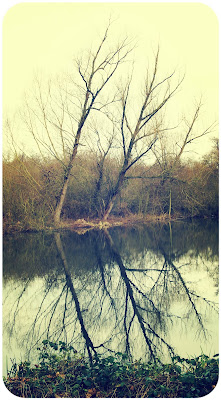 For most of us living in the Northern hemisphere, January isn't exactly a favourite month. After the - if often forced - excitement of Christmas, January seems drab in comparison. 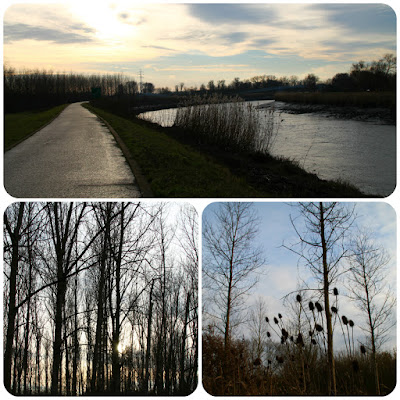 If the days are lengthening, it is hardly noticeable in the first few weeks after the winter equinox.

Only on the occasional sunny day does the light seem to linger just that little bit longer. 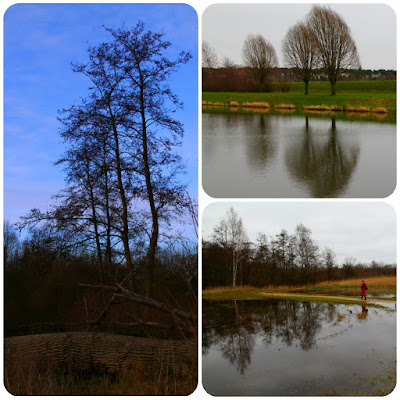 But sunny days are few and far between in this first month of the year. It is, after all, only the very beginning of winter and spring still a long way off. 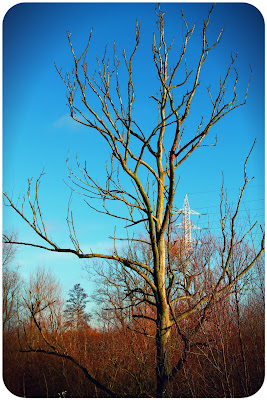 In spite of all this, I wouldn't have it any other way, as I quite like the change each season brings.

I'm actually glad to be living in a part of the world with proper seasons!

The trick is not to give in to the downward spiral January often brings, and to add some much needed colour to every godforsaken winter's day. 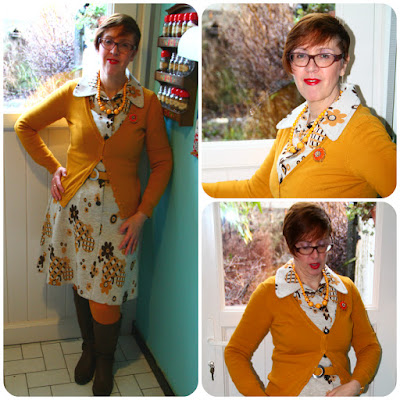 This vintage St. Michael dress, with a pattern of yellow and brown flowers on a cream background, was just the thing, especially as it is made of a heavy polyester fabric to keep me warm.

It came with a slim brown belt but I like it much better with a slightly wider yellow one, bringing out the yellow in the dress. The round white metal buckle, in its turn, echoes the circle shapes in the dress's pattern. 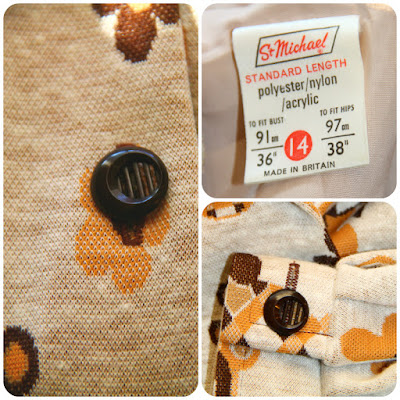 By far my favourite feature of the dress is its unusual brown plastic buttons.

I chose yellow for my cardigan and tights too, adding yet more, if illusionary, sunshine. 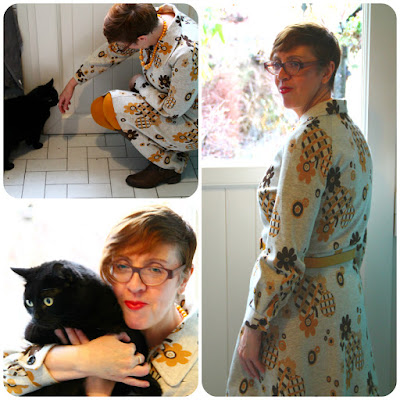 Due to the freezing temperatures, we were obliged to do a photo session inside the house. And look who's come to steal some of my limelight! Oh well, then she'll have to earn her keep and be a model. Not being a cuddly cat, she couldn't wait to get away, though.

Friday's weather, in spite of severe storm warnings, wasn't too bad, with periods of sunshine in between flurries of sleety snow, but by evening more and more clouds gathered and we were treated to all kinds of semi-frozen wetness. 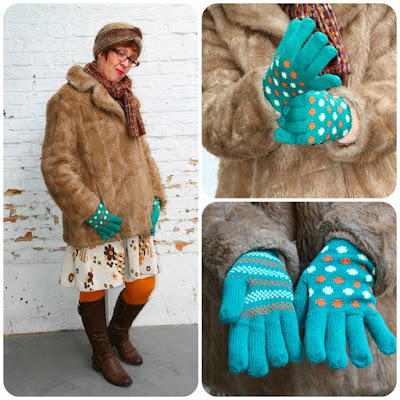 In spite of a murky start, the sun soon made an appearance on Saturday morning. Of course, once we decided to leave the house, she decided to call it a day and to make way for leaden skies and more snow.

My charity shopped fake fur coat was put to good use against the biting cold. Once again, I chose my woolly turban. I also grabbed my warmest gloves, a colourful knitted pair found at our village's weekly market. 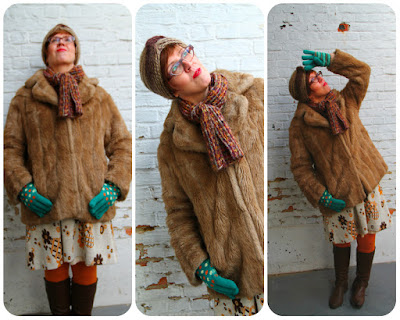 The weather conditions didn't keep us from visiting our favourite charity shop, where it was unusually quiet for a Saturday, allowing us to browse at ease. 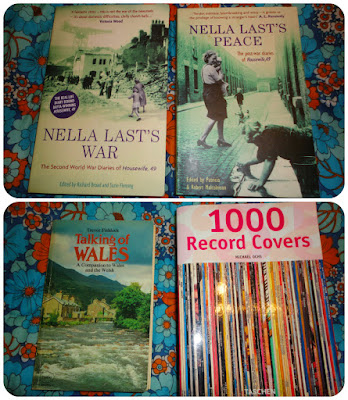 There were many new additions in the book department, and after some deliberation, these came home with me.

We don't really need more books, as we're still only half way through sorting out my dad's, but I'm sure we'll find space for them. We also regularly (re)donate books to charity, so that some kind of balance is being kept. 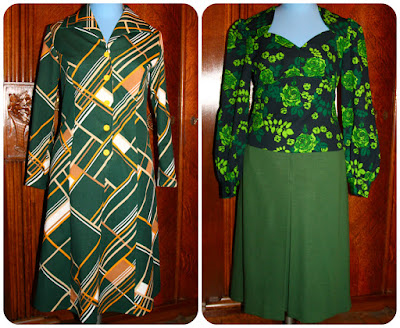 Even the clothing floor (this shop actually has three floors!) didn't disappoint, as I found an abstractly patterned green polyester vintage dress (in my size, for once) and a green skirt. I'd been looking for a plain green winter skirt since last year, but couldn't find one that ticked all my boxes. The shape, colour and size of this one were just right, and it is lined too! Here, Angelica is wearing it with a flowery blouse from Think Twice. 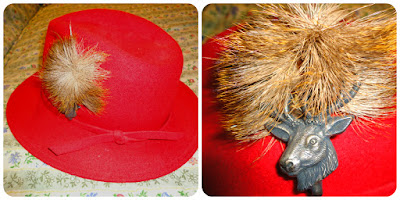 My last find of the day was this red felt hat, which came with a bonus brooch!

Since last weekend temperatures have dropped considerably, so I guess it's time to dig out the jumpers ...