Walk out to winter

Last Saturday we had this winter's first batch of snow. It wasn't much exactly, but frost had turned the thin layer of snow into ice, as Mr. S. found out when he made an attempt at shovelling the stuff from our pavement.

By morning, snow had been replaced by drizzle which instantly froze, making the roads even more slippery than they already were. 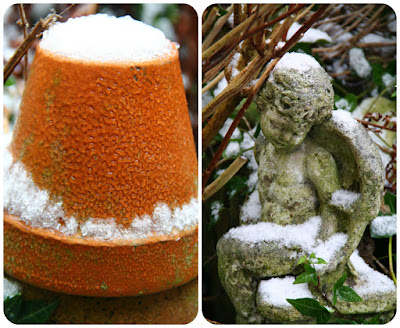 Even Phoebe, who used to love playing in the snow when she was younger, wasn't particularly keen and watched the strange white substance from a safe distance. 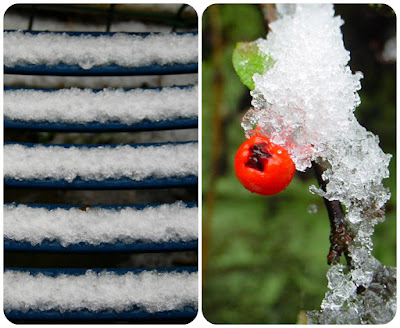 I only ventured outside to take a couple of photographs, and then busied myself with some long overdue sewing projects and a bit of ironing. Yes, even a Polyester Princess has to iron from time to time, though preferably not too often. 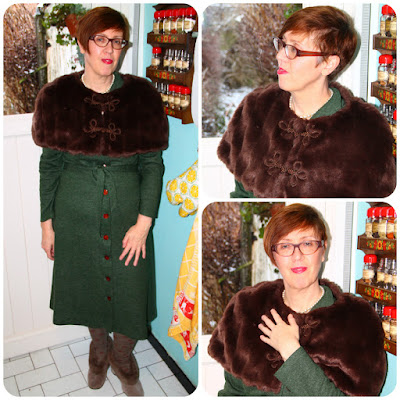 I also wore a pair of fur-trimmed "granny" slippers to keep my feet warm and cosy!

After this uneventful Saturday, we were raring to go out on Sunday. Thaw had set in overnight, and most of the snow on the streets had gone, leaving clumps of black-smudged ice in its wake.

It wasn't nearly as cold as the day before, so I wore a psychedelic print shift dress in brown, orange and green, with a green charity shopped cardi on top. I know it looks bluish in the photos, but it's definitely green. Or is it? 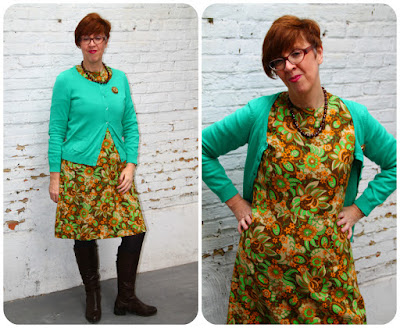 As we were flea market bound, I opted for a comfortable pair of flat heeled brown boots.

So soon after the holidays, we didn't expect much of this flea market and indeed, there were many empty gaps where stalls should have been. Even the otherwise faithful "brooch lady" seemed to have given it a miss. 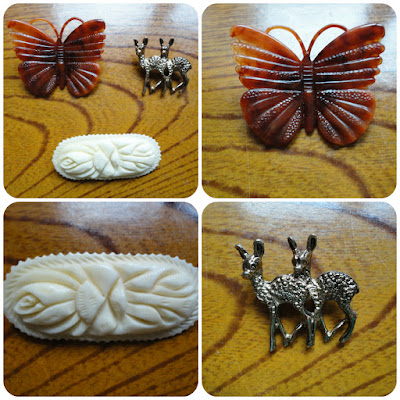 Nevertheless, I did find a couple of brooches on other stalls.

This art deco-style insulated coffee pot came home with us as well. It is made in Holland and marked "Benraad". The coffee pot itself has some crazing but is in otherwise perfect condition and it fits inside a chrome, felt-lined outer shell. 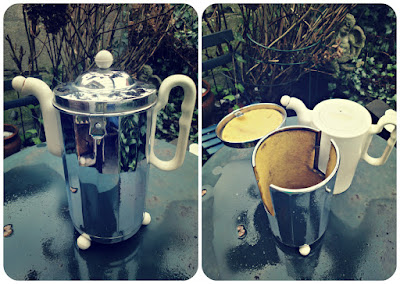 It was only early afternoon by then, and we were our way back home, driving along a road between two parks, when we suddenly had a "Stop the Car" moment. 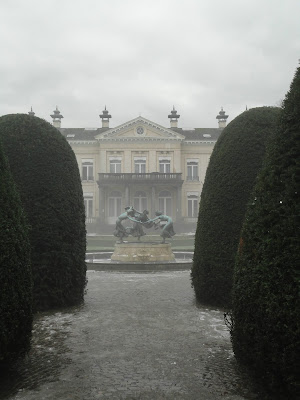 A low mist had settled over the landscape, and was hovering between the trees.

We got out of the car and, despite the fact that we were not wearing the most suitable of shoes, decided to go for a walk.

This park is called "Den Brandt", and its romantic castle, originally built in 1790, was renovated in the 1870s in late classical style. 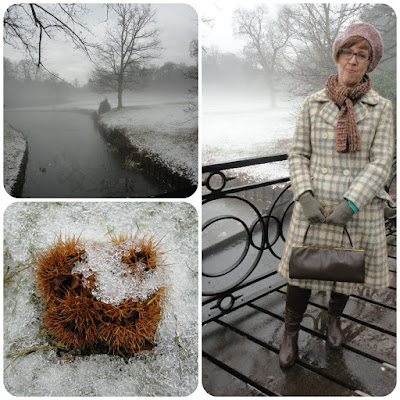 The statue in the castle's French garden is by German sculptor Walter Schott. It is called the "Three Graces", or - a name I much prefer - the "Dancing Nymphs". 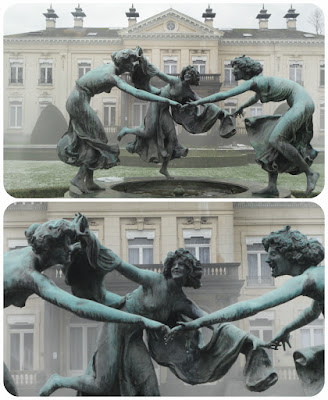 They have been dancing their rapturous dance since 1910 and on this dreamlike Sunday, they seemed to be floating in strands of mist, with crystal droplets of ice growing from their fingers and chins. 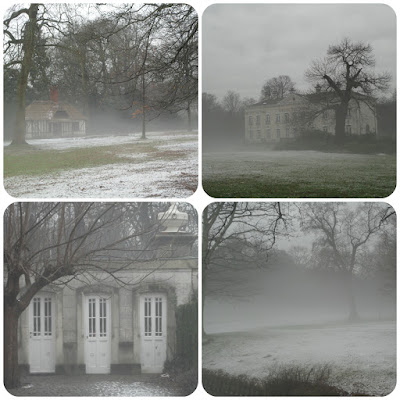 In the grounds beyond, the carpet of snow combined with the unsettling mist provided an eerie backdrop to our winter walk. 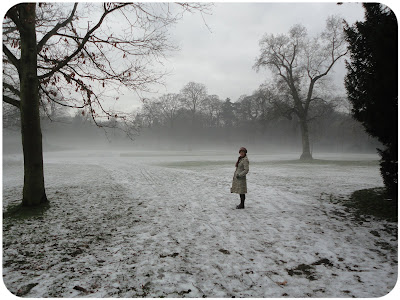 We kept to the grass as it was a hazard walking on the cobbled pathways, where treacherous patches of ice were lying in wait to trip us up. 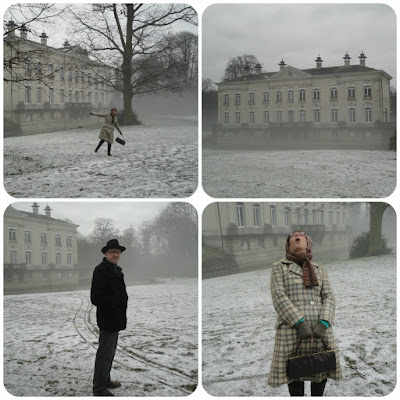 In spite of the slippery circumstances, I tried out some silly poses in the firm believe that practice will eventually make perfect.

If we'd had our walking boots on, we could have wandered for hours, as there were photo opportunities with every step we took. 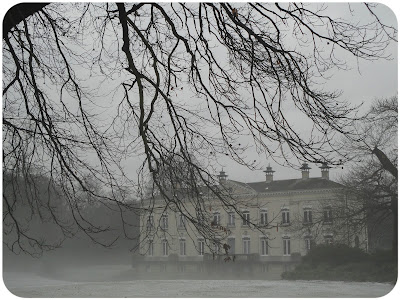 Finally we shuffled back to our car and drove home, leaving behind the ghostly monochrome winter world. 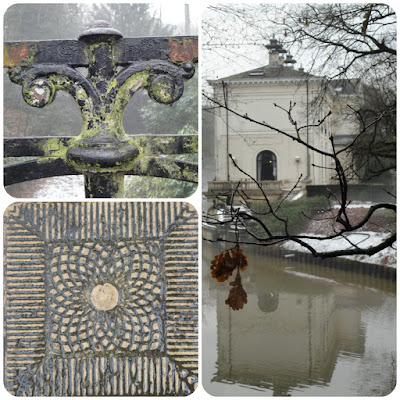