Another brick in the wall

It's already one month after we returned from holiday, and not having done any serious walking in the meantime, we are at risk of getting out of practice.

As we have another short holiday coming up at the beginning of September, we need to step up, so last Sunday we decided on a short walk ... down memory lane. 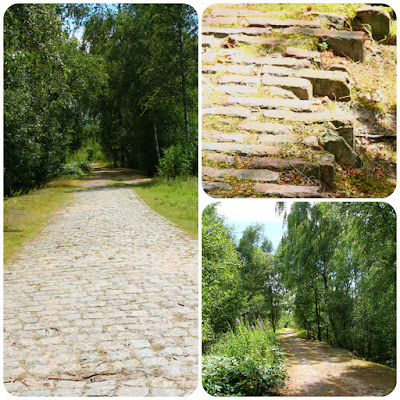 The memories in question are Jos's and the lane a brick road which he must have walked and cycled countless time in his youth.

Jos grew up in a hamlet of the town Boom (and no, it's not pronounced as you think it is: the double "oo" here sounds something like the "o" in the English word "bone"), which in its heyday was a major centre of the area's brick making industry, with over 150 factories extracting the rich clay and turning it into bricks and pantiles. 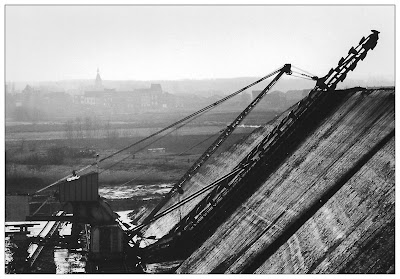 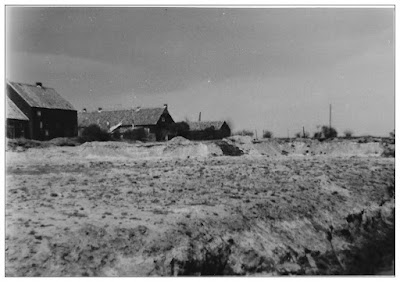 The hamlet where Jos grew up consisted of a row of workman's cottages with outside toilets, commonly known as "de wildernis", which I guess needs no translation as it means exactly what you think it does. 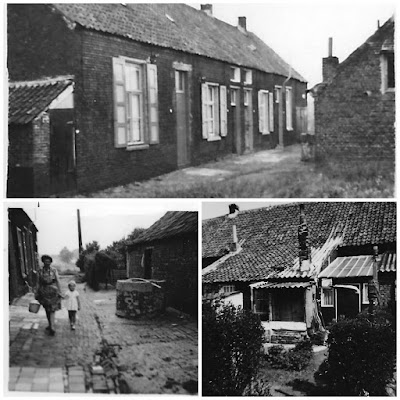 The clay pit closest to his home was Jos's playground, and its drainage canal was transformed into the Mississippi when he pretended to be his hero, Davy Crockett, complete with fur hat and water bottle from "Scherpenheuvel" (a Belgian holy shrine).

In the late 1960s, the row of houses had to make way for further expansion of the clay pits, but the industry fell into decline during the 1970s and 1980s, leaving a scarred landscape.

Now, nature has taken over the former industrial sites and clay pits, and transformed them into a wilderness in the true sense of the word, a haven for plants and wildlife, criss-crossed by paths for walking and exploring. 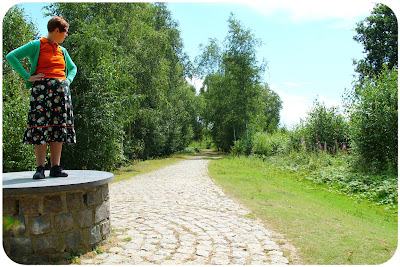 At the top of the brick road there is an orientation table pointing out the major landmarks, from where, on a clear day, the 5 uppermost spheres of the Atomium in Brussels, 23 kilometers away, can be seen glinting in the sun.

Along the brick road, there used to be an art installation, constructed from vivid red metal, telling the rich history of the area and highlighting the career of Piet Van Aken, a famous local author who wrote about the brickyards and their appalling working conditions. 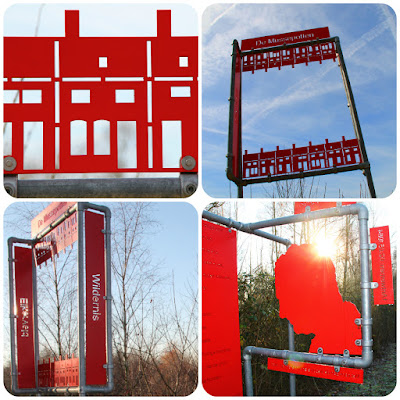 Recently, the artwork has disappeared and so far we haven't been able to find out what happened to it. 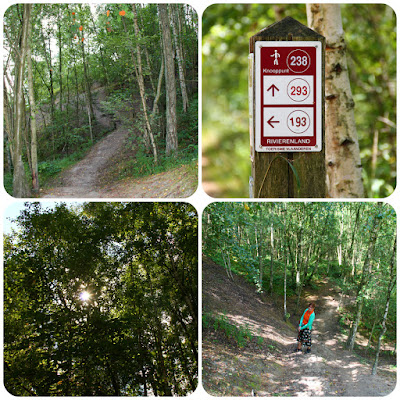 We regularly walk in this area, which is beautiful in all seasons, although in the winter months and after heavy rains, some of the paths are virtually impassible, the heavy clay sucking at your boots in an attempt to root you at the spot. 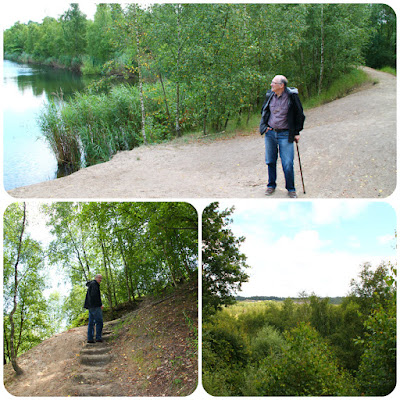 This was actually the first time we visited in the summer months, preferring it with the fresh greens of spring or autumn's rich palette of colours. 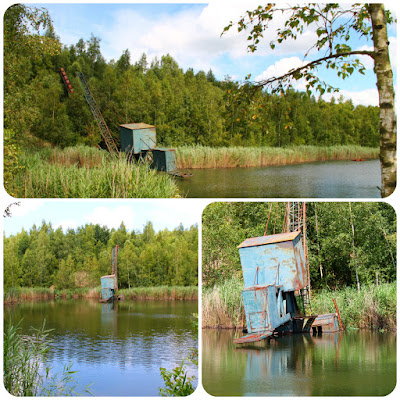 One of the now water-filled clay pits still contains the remnants of an ancient dredger, leaning precariously, its blue paint peeling, as if to meet its reflection in the rippling water. 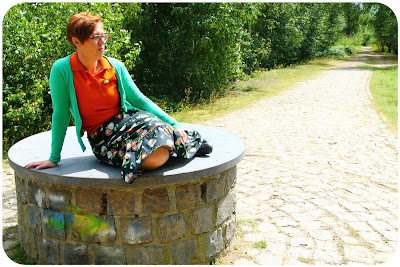 I love how nature is claiming back what is hers and would like to end this post with a favourite quote:


“What would the world be, once bereft
Of wet and wildness? Let them be left,
Oh let them be left, wildness and wet;
Long live the weeds and the wilderness yet.”
Gerard Manley Hopkins

Posted by Polyester Princess at 17:01