Please send me evenings and weekends

Last week was quite a hectic one at the office and the commute home a nightmare due to tram delays (oh, the joys of public transport!) so that I was well and truly exhausted by the time I got home every night. To say that the weekend was very welcome is a bit of an understatement. But as it was an extended one, the 15th of August being a public holiday in Belgium, who am I to complain, really? 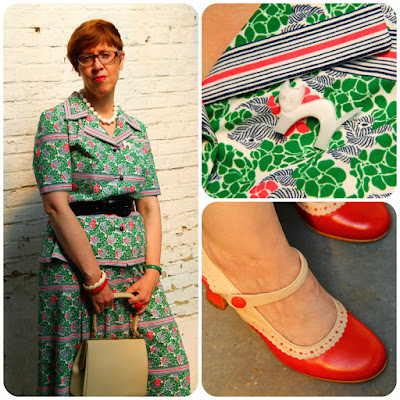 We were going to take it easy on Saturday but the lure of the charity shops proved to be too strong.

We opted for our favourite one, in the neighbouring village of Duffel as, being on no less than three floors, it has a wide range of goods on offer. Another bonus is that it is near the small but perfectly formed park that we love. 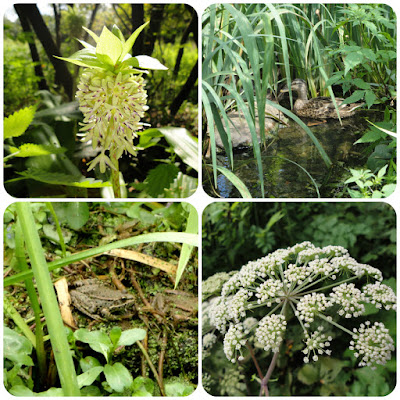 With the sun filtering though the trees' canopy and its overall lushness, it felt like being in a fairy wonderland. The park has several ponds and a little stream, which is abundantly and imaginatively planted and is a perfect hideaway for toads and frogs, not to mention a duck or two. 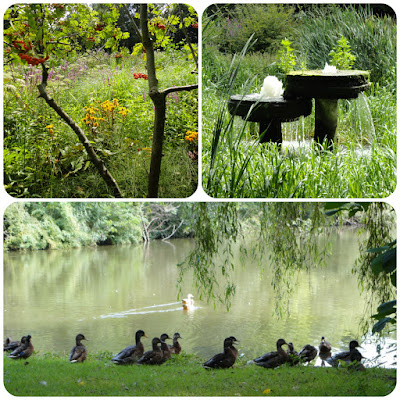 Near one of the ponds, the annual duck convention was taking place, which was soon dispersed when it turned out the catering was not up to scratch. As we'd already eaten all of our picnic we had nothing to offer the poor creatures! 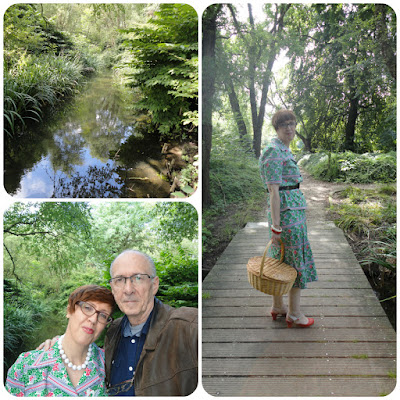 For the outing, I wore a short-sleeved summer two piece in a colour and pattern which went well with the greenery of the park.

The question on everyone's lips, of course, is: did we find anything worth mentioning at the charity shop? 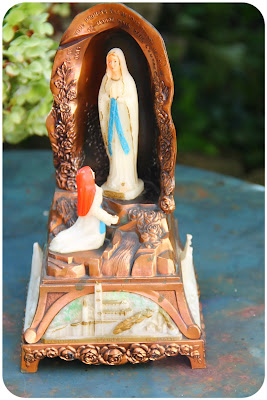 Well, one of the first things that caught our eye was a big brass and luminous plastic Lourdes souvenir which, in spite of our vows to stop buying these things, simply had to come home with us.


We have quite a little collection of these Lourdes memorabilia, which in French are scornfully called "bondieuseries".

We didn't set out to collect these.
No: it happened purely by coincidence.

First, we were given a pewter clock-cum-music box by one of Jos's ex-colleagues. Then we found a small plastic bottle in the form of the Virgin Mary, with some holy water still inside, which we bought as it reminded Jos of his mother.


One thing led to another: we started picking up these kitschy items at flea markets for next to nothing and before we knew it we had a whole shelving unit full of them. With the majority of them being glow-in-the-dark, they certainly light up our lives, quite literally! 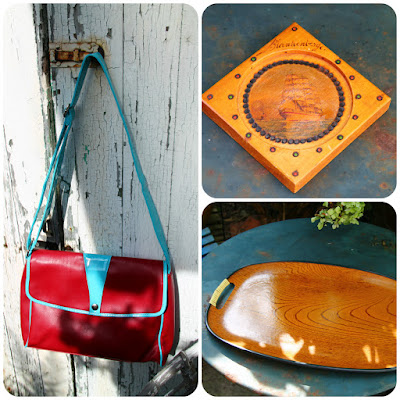 Other finds included a burgundy and turquoise waterproof bag which I'll use when travelling, a souvenir of Belgian seaside resort Blankenberge and a 1950s fake wood veneer tray. 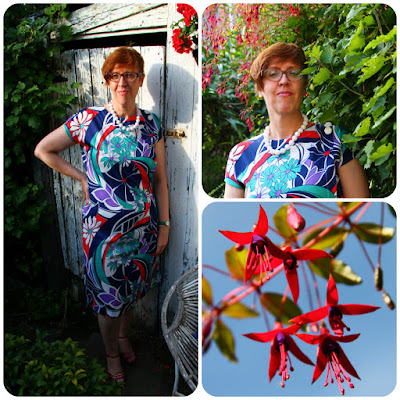 My final purchase was this dress, perfect for lounging around the house and garden.

On Sunday, we were promised a summer's day, so we thought we'd make the most of it and visit a small flea market on the outskirts of Antwerp. 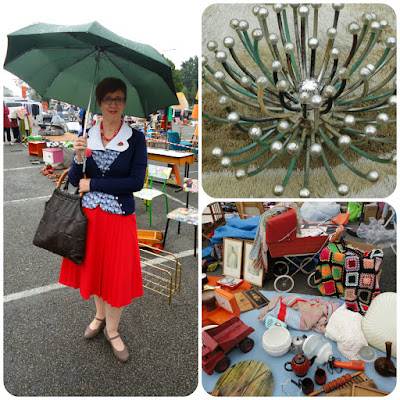 By the time we had parked our car and walked the few hundred metres to the square where the market was being held, it had started raining. First it was only the odd drop here and there but then umbrellas had to come out and several stall owners were obliged to cover their wares with plastic sheets. 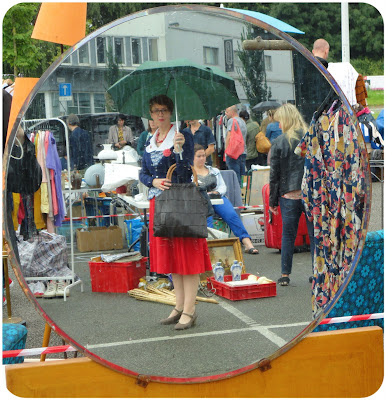 Fortunately, it was only a shower and the sun soon reappeared, so that we were able to make a few small purchases. After doing the rounds, not once, but twice in case we'd missed something, we plonked down at the conveniently placed benches and tables to eat our picnic. 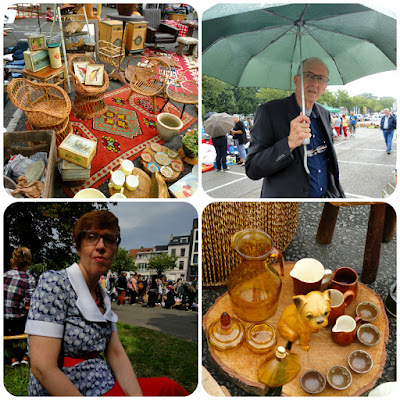 The small tartan zip-up suitcase was a last-minute buy. Our other finds were a bracelet (I'd been looking for a nice green one for ages), and ... more brooches! 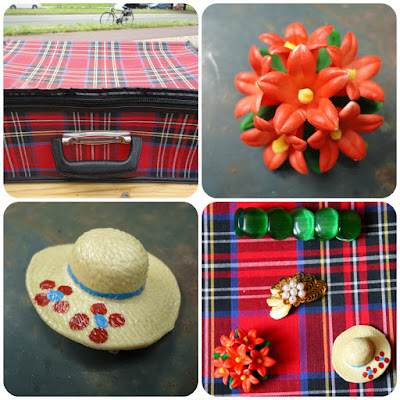 I felt very mid-century in my outfit of choice:

Oh, and this is what happens when your husband is retired and has been befriending the local elderly ladies. Knowing that we like "old things", they bring him gifts, like this pretty wash set ... 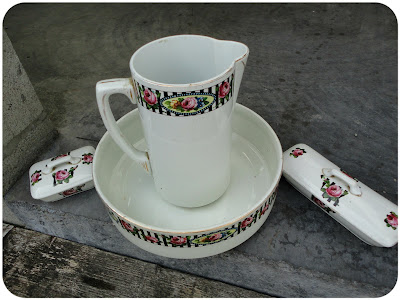 Now, where are we going to put it?