Packing up my troubles

Yesterday was my last day at work, which I managed to wrap up nicely, in spite of the hurdles thrown up in the last couple of weeks.

With our packing done and dusted this morning, we are now free to enjoy the rest of the day in peace and mentally prepare ourselves for our journey tomorrow. 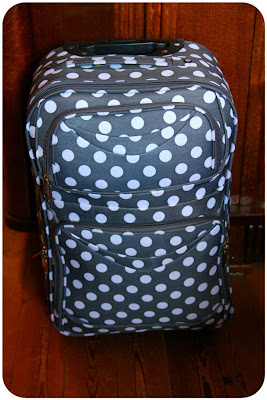 While Jos has been known to throw a couple of thing into his suitcase at the very last moment (and would forget some crucial item if I weren't there to offer some guidance), I usually plan my holiday wardrobe well in advance.

In fact, the suitcase containing my clothes was packed almost two weeks ago, although I must admit I've taken out and added the odd item (or two) in the meantime. 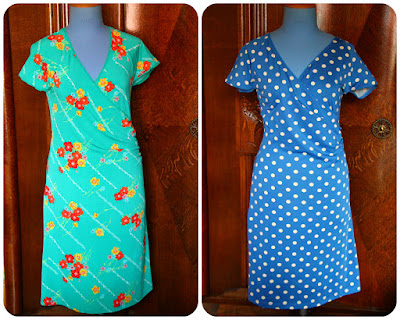 Obviously, I am taking a couple of dresses. These two stretchy King Louie frocks, which I've had for many years, are super comfortable and I even rode a bike wearing one of them while on holiday in Belgium's west country last September. Their other advantage is that they can be stuffed in a suitcase without any fear of crumpling.

Our cottage does have an iron and ironing board, but I've never used them in all the years we've been going there. 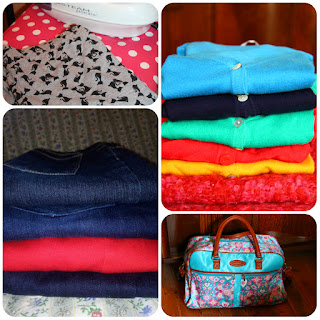 The rest of my wardrobe will be dark denim jeans and a pair of red trousers to offer some variety, there's a selection of differently coloured lightweight cardigans and, apart from the peignoir (see previous post) to waft around in, I'll also be taking my Phoebe PJ bottoms. 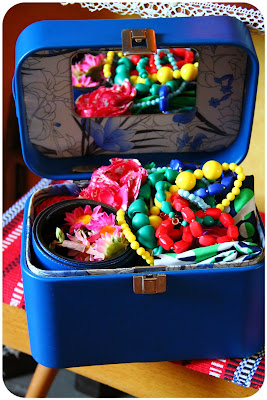 I'm also taking a small case with accessories: scarves, necklaces and hair flowers to be used as brooches. 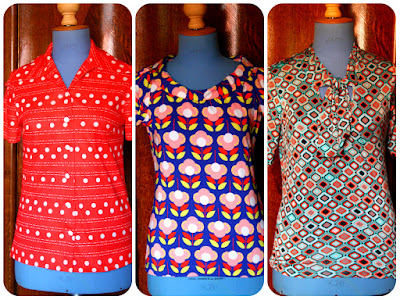 The vintage factor will be provided by a - large! - selection of tops, mainly vintage ones picked up at Think Twice, as well as a couple of new-to-me tops from flea markets and charity shops. 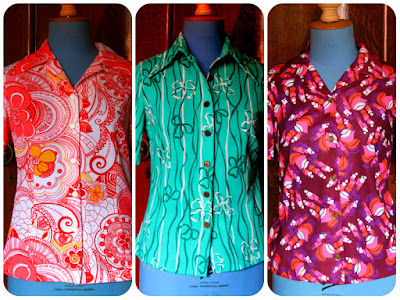 As we travel by car, and have oodles of space, there is no need to travel light, which is an absolute relief. How else would I be able to whittle down my wardrobe to just a few items for a holiday in Wales ... ?

The weather got progressively warmer and sunnier this week, and these are some of the outfits I wore to work. 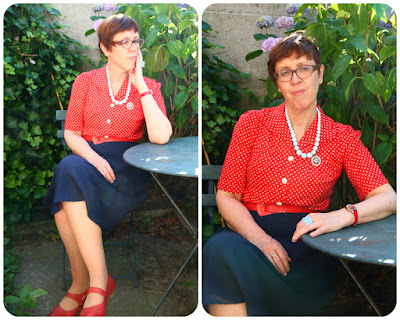 New-to-me navy skirt combined with a cotton polka dot top from Think Twice. And the red shoes, which won't be going to Wales with me after all. 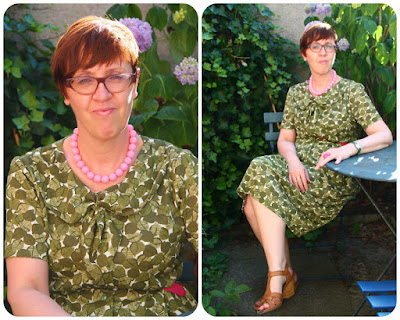 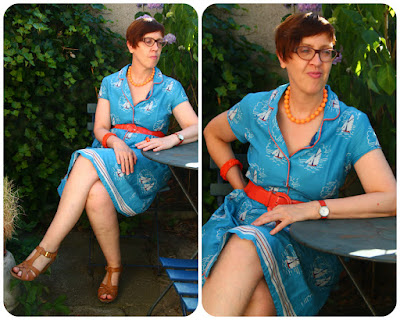 Same sandals again, but this time I'm wearing a sailing boat printed Seasalt frock bought in Cardigan a couple of years ago. The orange piping called for orange accessories: belt, beads and bangle.

As we didn't have electricity at work for most of the day on Tuesday, I even had the time to squeeze in some last minute shopping and a short visit to MoMu, Antwerp's fashion museum. 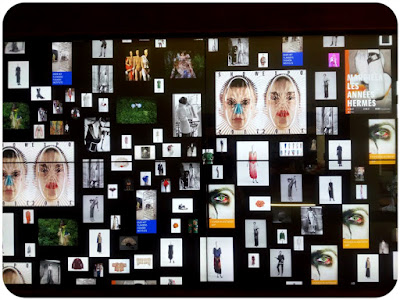 In the gallery, and free of charge, there was a small exhibition of dresses by legendary Belgian fashion designer Ann Salens (1940-1994), who won acclaim for her colourful knitted and crocheted "bird of paradise" dresses, made from silk and artificial silk, which she sold at her shop in Antwerp's Wolstraat opened in the late 1960s. 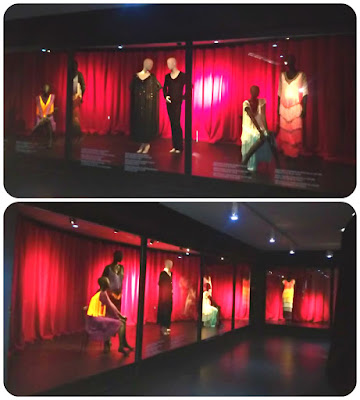 Part of the Antwerp avant-garde scene in the 1960s, she was a natural talent, who refused to become commercial. 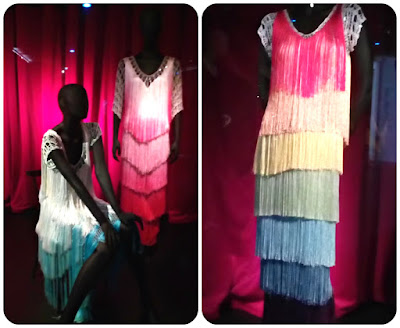 The dresses' former owner, who gifted them to the museum, was the female half of iconic Belgian showbizz duo, Nicole & Hugo, who started out in 1970. While not a fan of their music, their - often matching - stage outfits were something else altogether, and their 1973 passage at the Eurovision Song Contest did not go unnoticed, if only for their flamboyant purple Las Vegas style outfits. 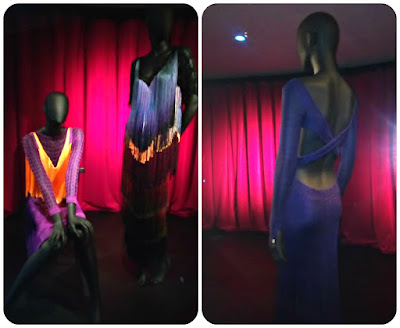 The dresses on display all date from the 1970s and although there were only a few, they were presented as if in a red velvet lined black box, on black faceless models, which really made them stand out.

Afterwards, I sauntered back to the office, and passed the magnificent baroque St-Carolus Borromeus church, built between 1615 and 1621. 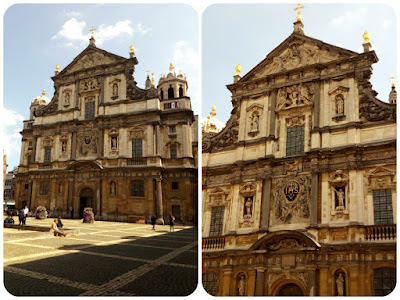 The square in front of it (which used to be the haunt of Antwerp's punks in the 1980s) was virtually empty for once, so I couldn't resist taking some photos with my smartphone's camera.

After having played the tourist in my own town, I am now ready to be a tourist in Wales. Although, after that many visits, I might be considered as a bit of a semi-local?

So, goodbye for now. Or as they say in Welsh: Hwyl!

See you in two weeks' time!

Posted by Polyester Princess at 15:50