The Princess and the Wardrobe

To say I was glad the long Easter weekend finally rolled along is a bit of an understatement. 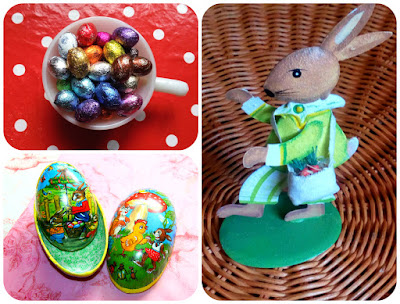 Even if the weather could have been more obliging - Spring seems to have deserted us for the time being - it was pure bliss to claim time as our own and to leave the daily grind behind for a couple of days.

Just some well needed peace and quiet, sleeping just that little bit longer and doing things at our own pace.

Apart from a flea market on Sunday, our diary was quite empty. 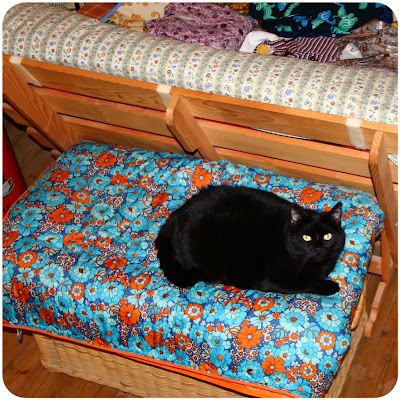 Which was fine by me, as I was hoping to crack on with my winter to summer wardrobe switch. So, on Friday after breakfast I retreated upstairs, followed by my trusty helper, Phoebe.

I started by removing most of my winter dresses from their hangers and making piles of them in readiness for the vacuum bags. There were decisions to be made as for the time being I am keeping some of my long-sleeved dresses in my wardrobe. After all, it isn't summer by a long way yet! 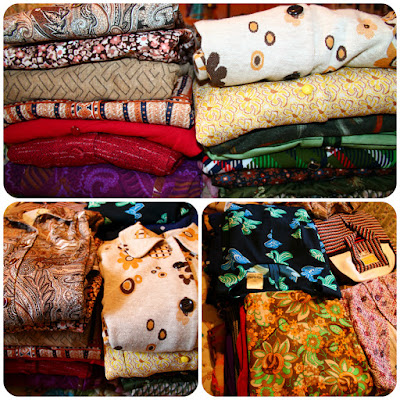 Then, out came several bags of summer frocks, all but the flimsiest high summer stuff for now. 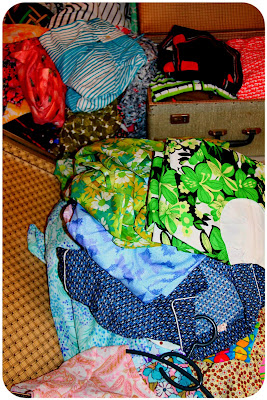 Soon, our bed was piled high with dresses in every colour of the rainbow.

This was the time for assessment and casting a critical eye on each and every one of them.

Dresses I remember being quite snug or a little on the large side were put aside to be tried on later.


Things that do no longer make my heart sing are put into piles for charity or to be sold at a flea market this summer, and I can report that I was quite ruthless! 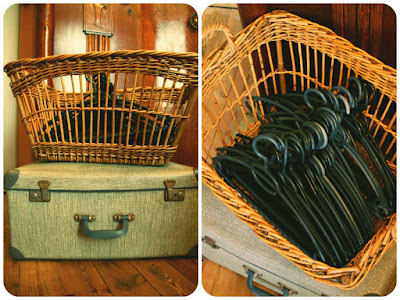 Those that remained (still quite enough, don't worry) were transferred to the waiting hangers, sorted by colour and put into my wardrobe. 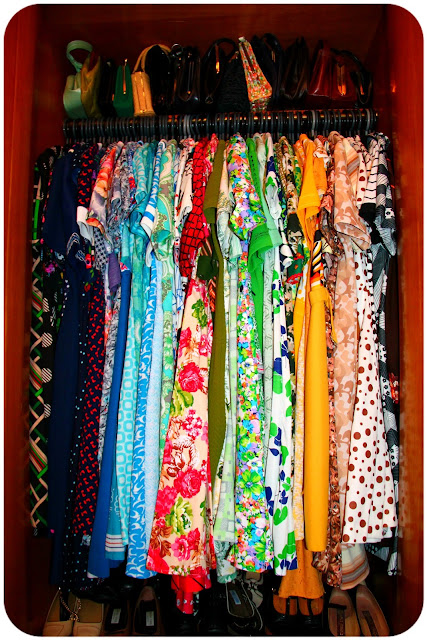 There, that's better! Isn't it a cheerful sight? I can't wait to start wearing them. 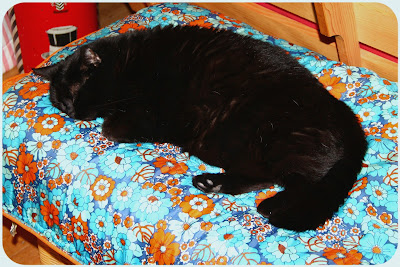 By then, my little helper had had quite enough and decided she needed a nap.

I too took a breather at this point, and I'm giving you a break from all the frockery as well, by showing you some of the treasures that live in our bedroom. 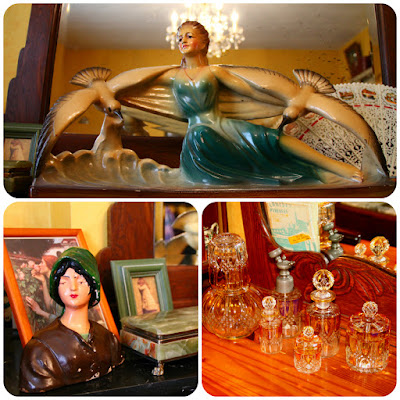 We bought the green-frocked Art Deco lady with the birds, one of my favourite pieces ever, well over 15 years ago. The small plaster bust of the lady in the green hat was charity shopped around the same time. The vanity set, made by Belgian crystal glass manufacturer Val Saint Lambert, was charity shopped too, in 2015, and cost € 8 for eight pieces, including a bedsite water glass and carafe.

The rest of the summer frocks (you didn't think that was all, did you?) were transferred to my other wardrobe in the spare room. 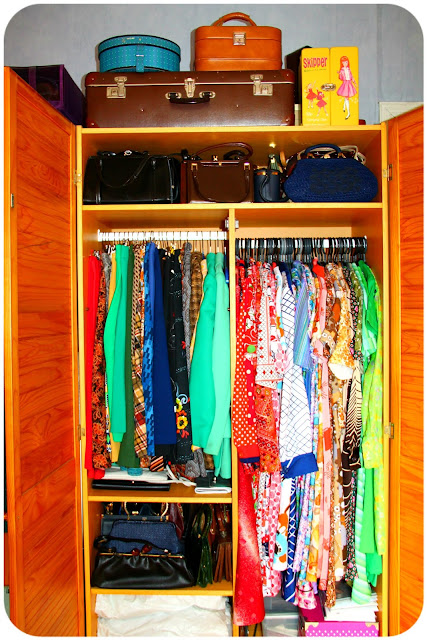 This wardrobe also contains skirts and suits (on the left) as well as most of my handbags, which badly needed sorting out, as I kept cramming them into every available space.

So, out they all came and believe me: there were a lot! This caused me to have a little wobble, so that I completely forgot to take photographs. In the end I managed to create some kind of order, so that I will now be able to find things more easily. 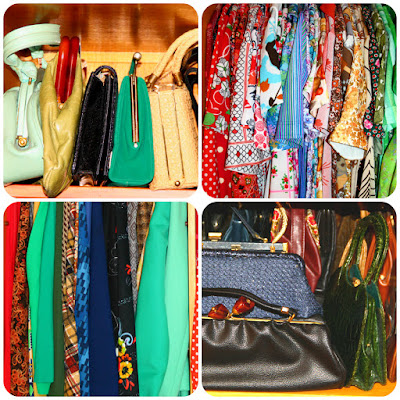 Our spare room, which is quite big - the same size as our bedroom - doubles as a study, library, archive, dressing room, boudoir and extra wardrobe space. Because of the colour of its wallpaper it is known as "the blue room". 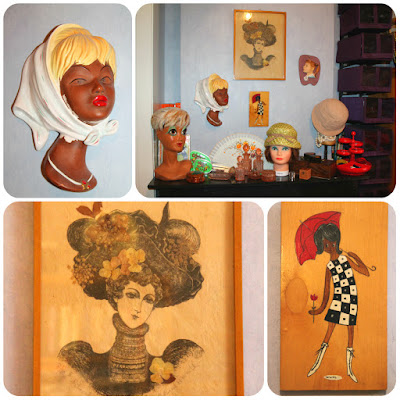 On the mantlepiece, Twiggy and Sybil share their space with various bits and bobs and the chimney breast contains an ever-growing collection of "heads". We were able to buy the 1950s lady in the white headscarf quite cheaply as she's got a bit of damage (hardly noticeable in the photo). The drawing of the lady in the big hat contains real dried flowers and came from a flea market, while the 1960s wooden wall plaque was charity shopped.

I was quite sweaty after all the hauling around with bags full of clothes, so I changed into one of my newly unearthed short sleeved dresses. This one was uncomfortably snug last time I wore it, so I was very pleased to find it wearable again, which is nothing short of a miracle. 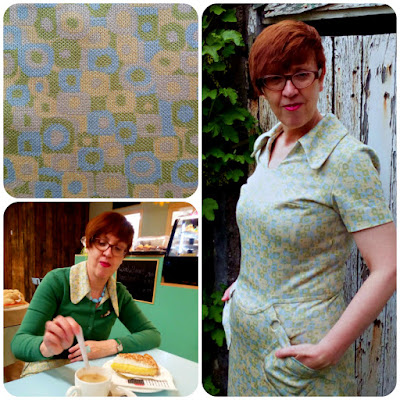 Though probably not for long, as we had coffee and a very indulgent cake at the charity shop after dropping off two large bags of donations. Oh well, I guess I deserved that after all the hard work ... 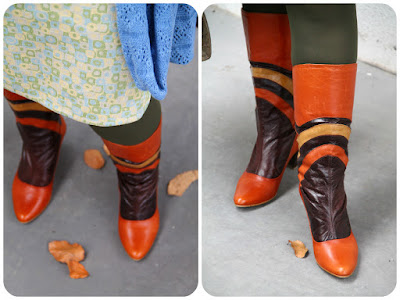 The groovy boots were bought at the charity retro event back in March. 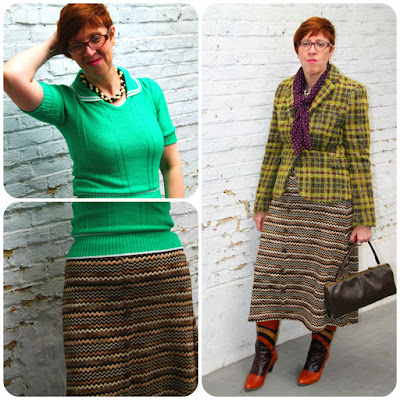 I wore them again on Saturday for another charity shopping trip. That morning I felt inspired to do another round of clearing and assembled no less than five bags of jackets, tops and skirts I have fallen out of love with.

The skirt, which I found at the back of a shelf, was bought new from a cheap high street shop many years ago. I combined it with a 100% polyester short-sleeved green jumper from Think Twice. Apart from the boots and the handbag, this is the only vintage I was wearing. The tweed jacket was once bought in the sales, but for some reason it has hardly been worn, while I've had the spotty scarf for so long that I can't remember where it came from.

I was going to be good and not buy anything at the charity shop, but when I saw these amazing shoes for € 5, I knew it was futile to try and resist ... 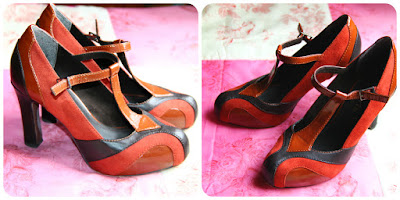 Posted by Polyester Princess at 16:53