No time to stand and stare 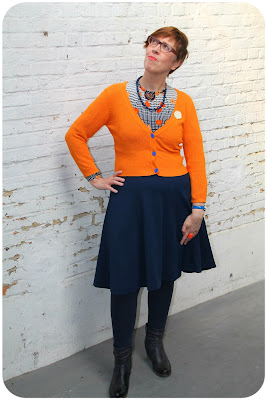 Last time I checked, it was the last Sunday of March, and we were all set to go to a housewarming party.

I'd been busy in the morning, and at the last moment, I pulled this dress out of my wardrobe.

As luck would have it, I had the perfect little cardie to combine it with.


The empire line dress, with its solid navy crimplene bottom and flower-strewn chiffon top accentuated by a strip of orange piping, was love at first sight.

I spotted it on a dummy in a window display at last year's Retro Day, while we were queuing at the till. While Jos paid for our purchases, I made a beeline for the display and indecently exposed the poor dummy, all the while praying that the dress would actually fit. 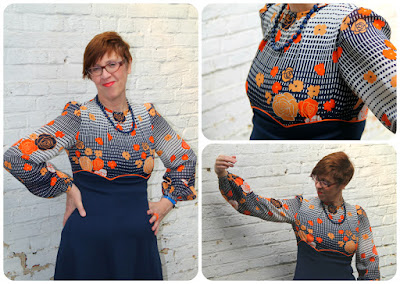 Then, as if in the blink of an eye, it was the first Saturday of April, and I'm left reeling from the whirlwind of weekday activities in which I am engaged from Monday to Friday, only to be released on Friday afternoon. 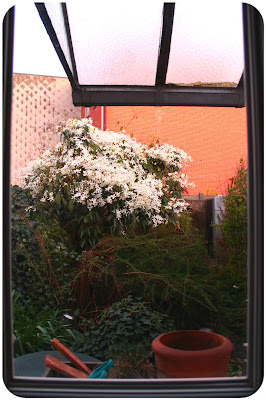 One weekday morning, a look out of the kitchen window while I was doing the morning routine of breakfast and getting ready, prompted me to take out my camera and snap the white cloud of Clematis flowers lighting up the early morning garden. 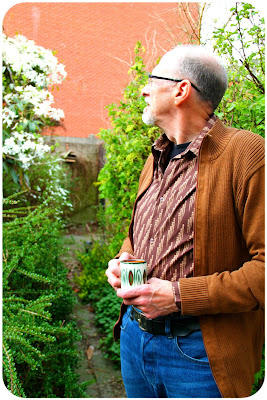 Other highlights of the week included going to the hairdresser's for a cut and colour on Wednesday afternoon.

Afterwards I popped into Oxfam a couple of doors away, where I snapped up this snazzy shirt for Jos.

He really has been quite spoiled lately!


It's hard to believe that W.H. Davies's wistful poem, Leisure, was written over a century ago, as it is especially relevant in this day and age. I often wish I had more time to stand and stare, to live in the moment, and not with one eye on the clock.

But, and this is especially true during the week, I am always hurrying from one thing to the next. Time pressure at the office is one thing, but much as I like keeping the weekend free for the things I love doing, there is never enough time, let alone time to stand and stare. ...

As a keen photographer - leaving the house without a camera is practically unheard of - I have developed an eye for detail, which I guess counts as a kind of "standing and staring". 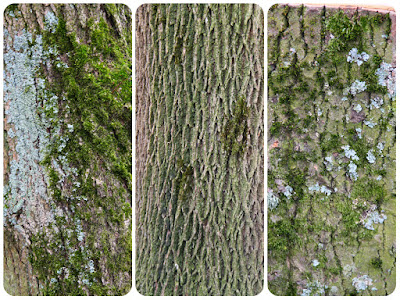 When out walking, I love looking at the trees, their barks all a different texture, whimsically decorated with moss and lichen ... 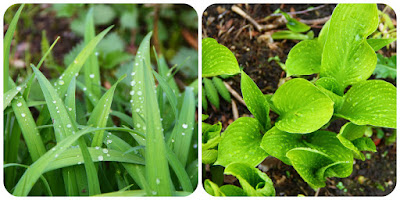 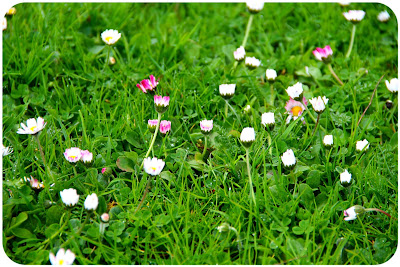 ... the first of the daisies raising their cheerful little heads on the park's lawns ... 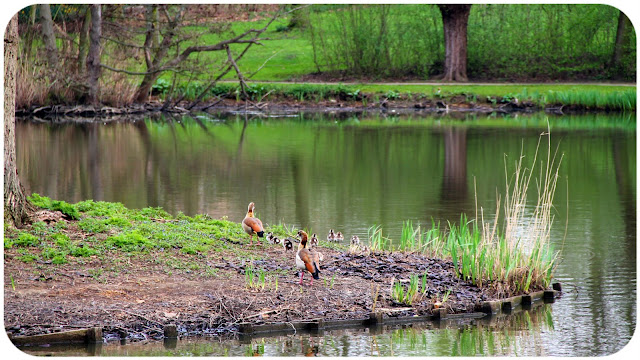 ... a pair of ducks out walking with their family of ducklings ... 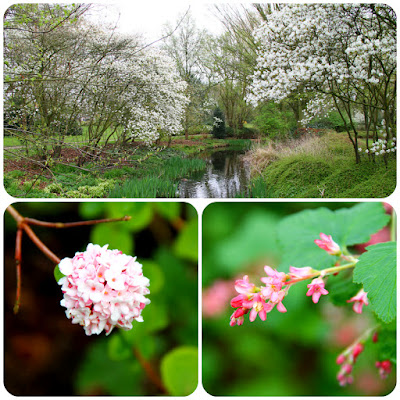 ... or the white or pink blossomed trees and shrubs, proudly displaying their fragile and oh so transient little flowers.

We did a round of charity shopping on Saturday, which, if the weather is fine, includes a walk in our favourite park to see the season's changes. 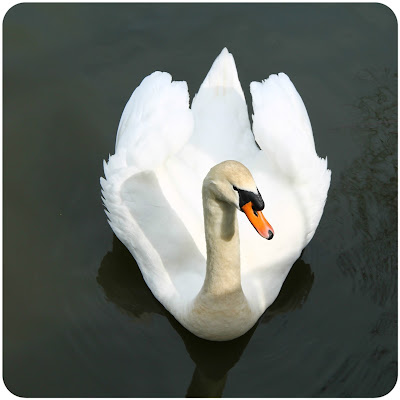 By the bridge, this graceful swan looked at us with doleful eyes and patiently waited until Jos had returned to the car for the remains of our picnic.

We felt like pied pipers, as Jos's return brought out the resident ducks in their multitudes, who, alerted by this noisy gaggle of geese, appeared as if out of nowhere from all over the park.

For all their loud honking, they got there far too late, and the swan actually did get it all.

For our shopping trip, I chose a dress in a lined, lightweight polyester fabric - black with a print of orange, purple flowers - with a self-fabric belt and long sleeves with elasticated cuffs, which I'm hiding in the photo. 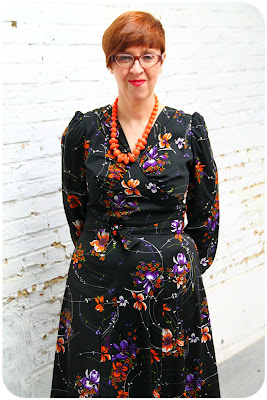 I added a green cardie, to which I pinned a small orange polka dotted flower corsage (actually a hair clip!) as a brooch. 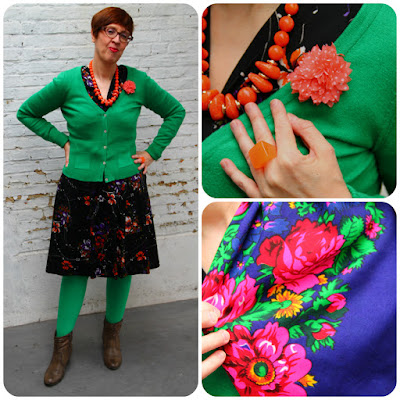 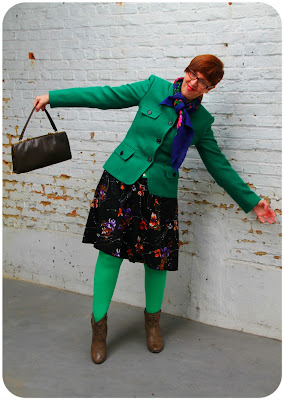 On top, I wore a green charity shopped jacket and a royal blue, flower printed scarf from Think Twice.

The results of our shopping trip were quite meagre, as was to be expected. They've exhausted all the good stuff at the retro event! 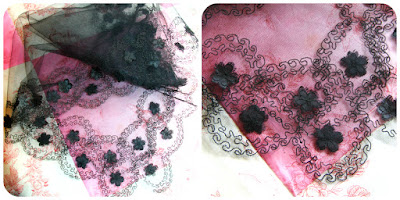 However, I couldn't leave behind this black lacy shawl. 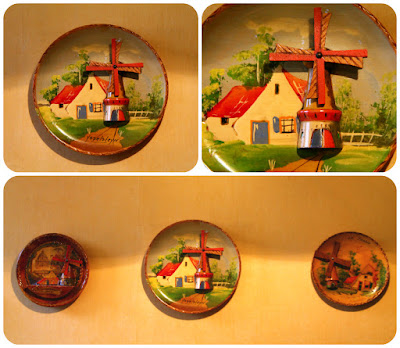 Or this kitsch wooded souvenir plate from a place called Ysselstein, in Holland, which is joining our other two similar plates, all featuring little mills with turning sails.

Can three similar objects be called a collection?