Voices heard in fields of green

Our little break in the Westhoek (literally meaning "west corner"), which is how the most westerly part of Belgium is called, passed like a dream.

It's hard to believe that only just over a week ago we were riding our bikes along the many winding lanes surrounding Poperinge, tempting to be explored. 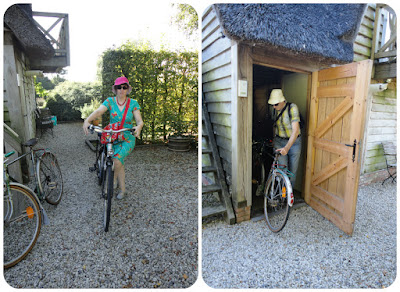 Strictly speaking, they were not our bikes: they were on loan from our lovely host Johanna, who has become more like a friend over the years. 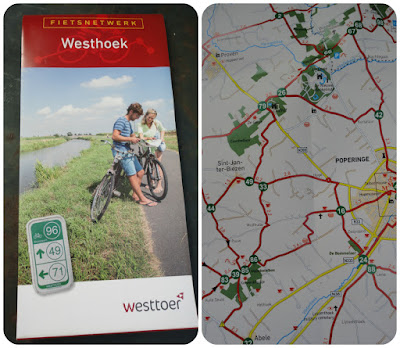 So, on our second day, we set off for a ride, taking a picnic (of course) as well as a cycling map of the area, so that we wouldn't get lost in the maze of country lanes.

Our first destination, along a rather bumpy and mainly unsurfaced road, was a little chapel we had been hearing about. It is called - rather tongue-twistingly - Ons Heerens Boompje, which literally translates as Our Lord's little tree. 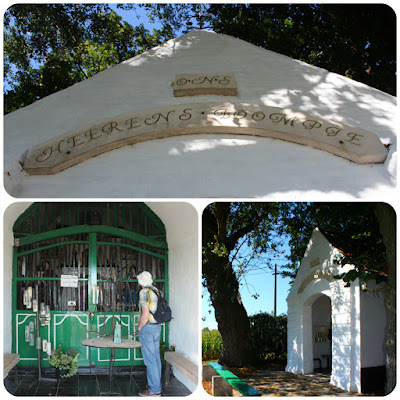 There is a legend attached to it, of course. One fine day, a little wooden statue of Christ wearing a thorny crown was found near to where the chapel is now. Out of respect, the statue was brought to St. John's Church (St. Jan's Kerk), where the miraculous statue of Our Lady of St. Jan, which I blogged about in my previous post, was already being kept. 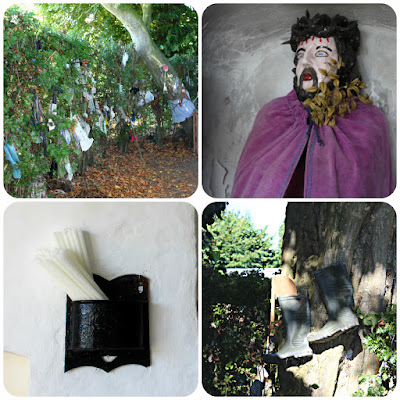 The next day, however, the little statue had disappeared and was later found in a bush.
After this had happened a second and a third time, a little chapel was erected near the bush where it kept disappearing to.

It's what is called a "fever chapel", where people come to pray for the relief of fever and pain.

The bushes and trees surrounding the chapel are hung with ribbons of fabric, and indeed whole garments of any shape and size, since legend has it that this would make fever or pain go away, being taken over by the miraculous statue. 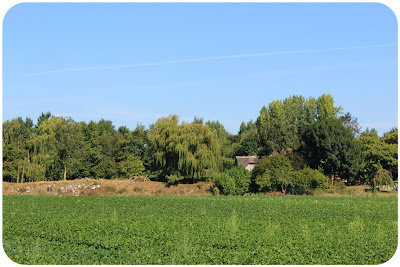 On our way back from the chapel we spotted the domain with our little thatched cottage in the distance. 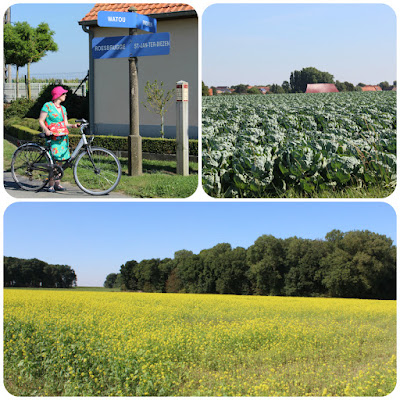 We continued our bicycle ride, which meandered between fields, encountering further chapels along the way. It is said that there are well over 200 chapels in the area around Poperinge, some of them quite neglected while others are lovingly maintained. 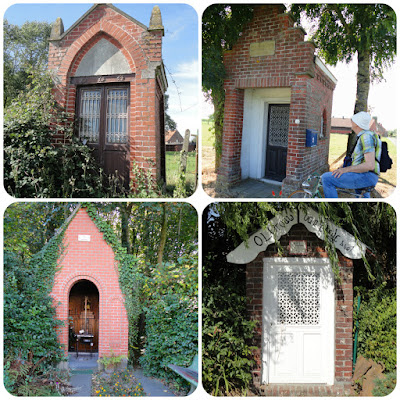 Of course, we had to stop at practically all of them and take photographs! 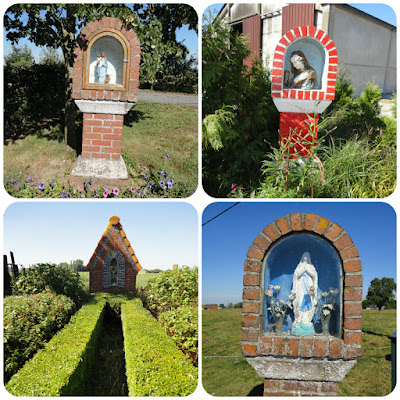 Many farms and old houses have little shrines (chapelettes, if you like) with statues of the Virgin Mary, sometimes accompanied by some kind of flower arrangement. 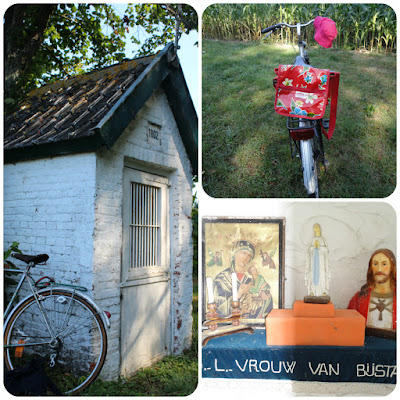 We even chose a shady chapel for our picnic. 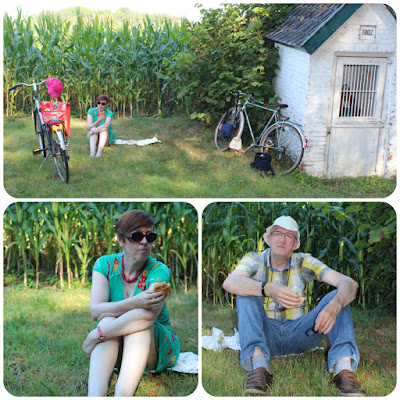 On the return journey, we came across this folly in a field.  It dates from 1870 and was originally the orientation point of the maze belonging to Couthof castle. It is locally called the gallows (de galge), a symbol for the judicial powers of the lord of the castle. 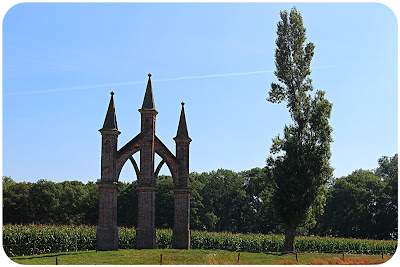 A couple of days later, we took out the bikes again for a trip to Lijssenthoek Military Cemetery. 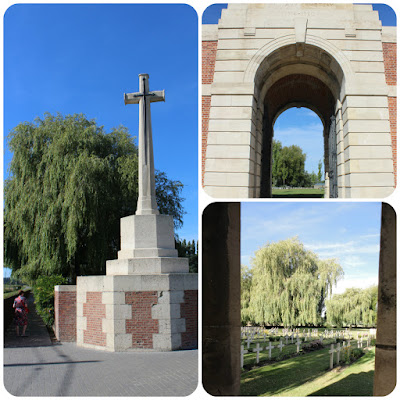 From 1915 until 1920 the hamlet of Lijssenthoek became the venue for the largest field hospital in the Ypres Salient. This explains the fact that some of the men buried at the cemetery died long after the war had ended. 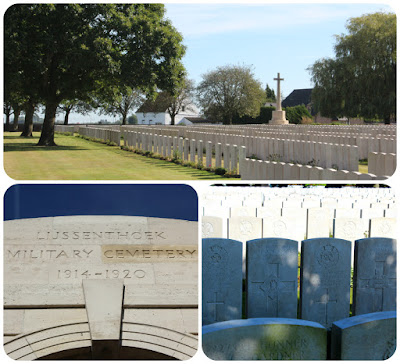 Today, the cemetery is a poignant place of reflection, where Frenchmen, Americans and soldiers of the Commonwealth, alongside German prisoners of war, are commemorated under 10779 uniform headstones.

Shortly after leaving the cemetery, we neared the French border, where we had a little uphill struggle along a street with Belgium on our left and France on our right.

Then we freewheeled back to Poperinge, where we finished the day with a well-deserved Belgian cappuccino (with whipped cream on top instead of the usual steamed milk) on one of the Market Place's terraces. 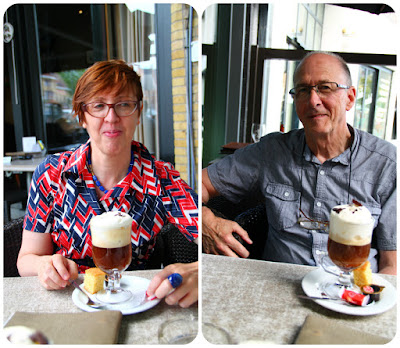 Posted by Polyester Princess at 11:57