We've been having golden September days, with lots of sunshine and hardly any rain worth mentioning. Temperatures have been exceptionally mild, giving our summer wardrobes a final run before being bedded for winter.

Ah, Indian summer! In Flemish we have another, in my opinion more fitting term for it: nazomer, which translates as "after summer". After all, meteorological summer ended on the first of September, so any summer weather beyond that date should be considered a bonus, a dessert after summer's main course of June, July and August. 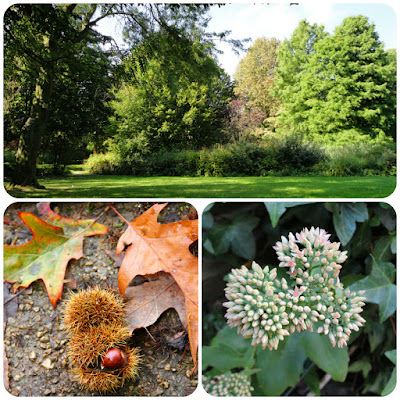 But the signs are there that all is not as it should be. Summer's abundant growth is over, leaving seed-heads and berries in its wake. The leaves on certain trees are starting to turn and those that are still green have long ago lost their freshness. Chestnuts and acorns are littering the ground, and behind it all is the faint but unmistakable smell of decay. 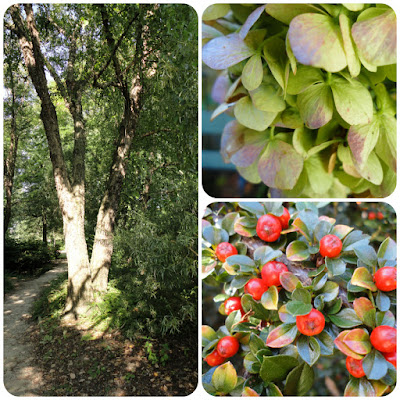 The light has changed too, the sun no longer being so high, casting shadows where there weren't any before. There's a chill in the air in the mornings, dewy spiderwebs appear out of nowhere, and ribbons of melancholic mist are shrouding the landscape.

“Why is summer mist romantic and autumn mist just sad?”
Dodie Smith, I Capture the Castle - 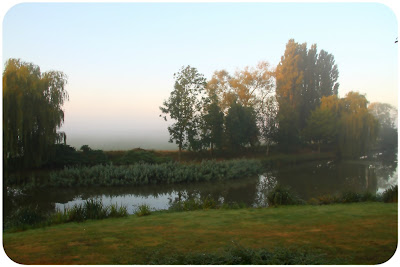 I've always had a soft spot for autumn. At least, I do for its mellow stage, until it turns nasty with drizzle and rain and stormy weather and it's all downhill to winter. More so than the First of January or the first signs of Spring, September signifies the excitement of change and new beginnings for me, which I've always attributed to the fact that I was born in September and that traditionally it's the start of a new school term.

"Aprils have never meant much to me, autumns seem that season of beginning, spring.”
Truman Capote, Breakfast at Tiffany's

There, I have quoted from two of my favourite books!

Last week I resumed my Friday afternoon shopping trips with Princess Inez, who'd given me a gift voucher from Think Twice for my birthday. 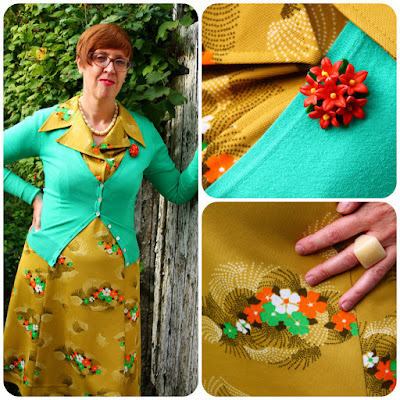 I wanted to spend the voucher on one single piece, but there wasn't much to tempt me in their new collection, so I'm keeping it for later, and only bought these little beauties, which I can't wait to start wearing. 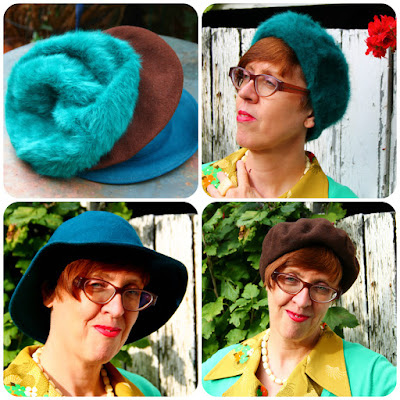 The berets are both from the British Kangol label (I am still mourning the Kangol beret I've lost on the bus last winter) while the hat is Italian made.

Saturday was another glorious day. After taking some good old outfit photos, we headed to a seldom visited charity shop, which is a little out of our way, but which we have never ever left empty-handed. 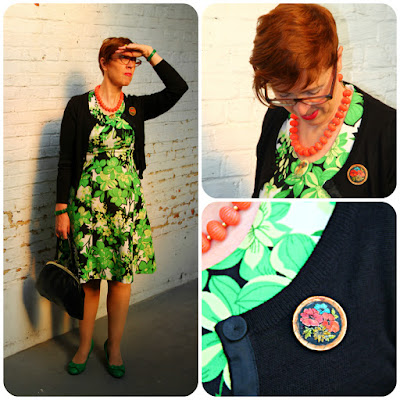 Apart from an Italian made jacket for Jos and some books on Expo 58, we found this charming Lourdes wall hanging. 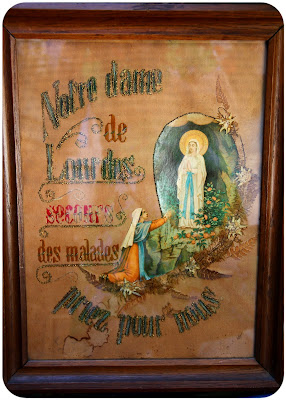 It is a little worse for wear, some of the embossed letters having worn off, and there is some foxing going on, but surely that just adds to its old-fashioned kitsch appeal.

After the obligatory picnic, we carried on to another shop, where we struck gold again. 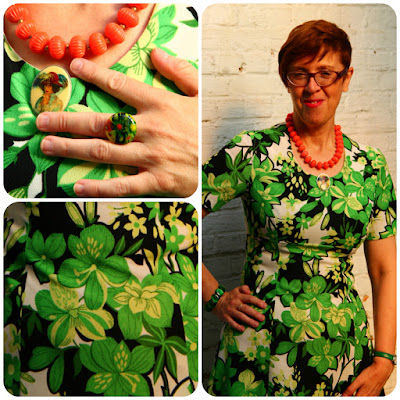 This particular shop, which we often visit, has a good range of English language books, and these are the ones I picked up. 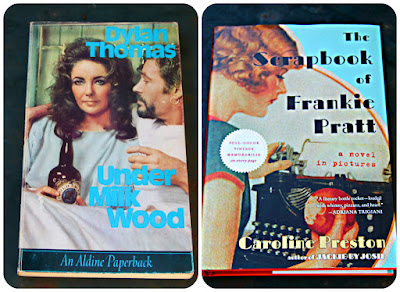 First up is a 1971 paperback edition of Dylan Thomas's Under Milk Wood. As it features Elisabeth Taylor and Peter O'Toole on the cover, it is clear that it was printed with the upcoming 1972 film in mind.

The other book is something of a novelty, called The Scrapbook of Frankie Pratt: A Novel in Pictures, by Caroline Preston. The blurb says "Full color vintage memorabilia on every page", and indeed it's full of vintage postcards, Jazz Age ephemera and typewritten snippets. And look: there's a Corona, just like mine! 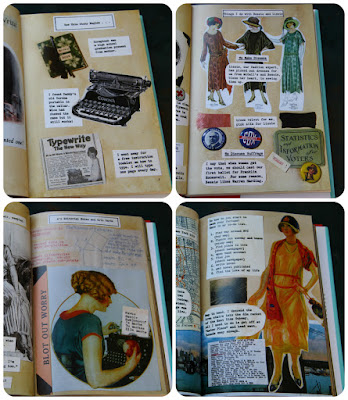 You can have a further peek inside here.

My final purchases were a little red and white polka dot cardigan and an amazing green, vintage, three quarter-sleeve jacket. I have a strong suspicion that it was once part of a suit ... 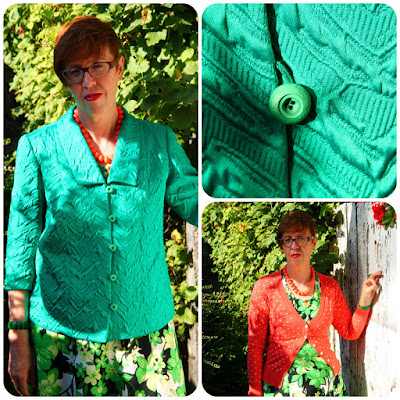 It seems  I have found my charity shopping mojo again. In fact it's ... 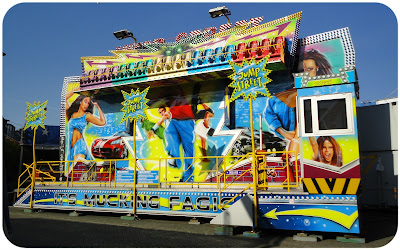 You are invited to join me again for the final stretch of our little trip in my next post. Hope to see you then!
Posted by Polyester Princess at 19:43