The girl with the mousy hair 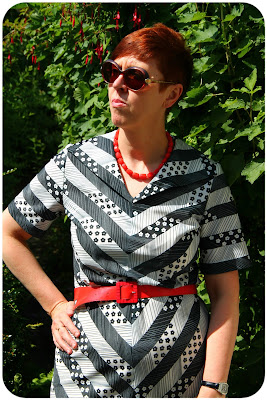 Although I have been colouring my hair on and off since I was about 17, last week was the first time I had it done at the hairdresser's.

Since I'd last coloured it myself (or rather, have Jos do it) a couple of months ago, I noticed that my hair was behaving badly and didn't look as shiny and healthy as it used to.

My hairdresser, who I've been going to for over 20 years, confirmed that it was becoming dry and brittle and told me it was probably a menopausal thing. Oh, dear! He prescribed some medicated shampoo, which was rather expensive, and although I was sceptical at first, it seems to be slowly doing the trick. 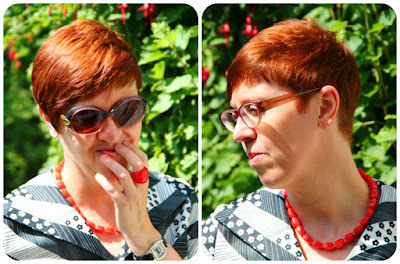 He is using gentle products for colouring, so I wanted to give that a go too. I must say that it was worth it, if alone for having the whole thing, which includes the inevitable mess, taken out of my (or rather, Jos's) hands.


Looking at my ramrod straight hair now, it is hard to believe that I was a curly-haired baby and toddler. 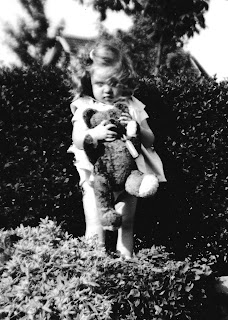 Here I am playing in my grandparents' garden in the summer of 1963.

The year I turned 3, we moved from a small flat to the newly built house where my dad still lives. There was a garden, with a sandpit I loved playing in. This, however, resulted in huge dramas every night, when my mum had to comb the knots out of my hair.


Something had to be done and my mum promptly took me to the city (Antwerp) for my first-ever visit to a hairdresser. Not just any old hairdresser, mind: this one had what looked like merry-go-round horses instead of chairs, which he used for cutting children's hair.

A quick search on the Internet revealed that this hairdresser is still around, still using the same horses after all these years, although I'm sure his salon looked quite a bit different in the 1960s. 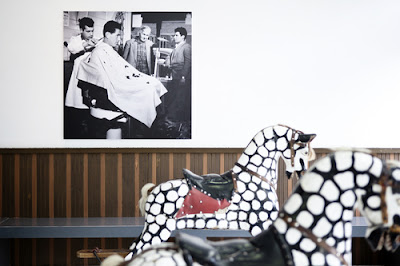 In spite of the horses, I didn't like it one bit and I remember bawling my eyes out.

The result was a pixie cut, which was much easier to maintain and which I had until I was about 6.

I was allowed to grow my hair again after that, but if my mum had been dreaming of once again having a curly-haired daughter, she must have been sorely disappointed!

As a teenager, I started to dislike my rather thin, straight hair and especially its mousy colour.

So, when I was 17, I started colouring it (and the bathroom mat in the process) jet black, as I wanted to look like my then heroine, Siouxsie. As I was a punk, lanky and mousy hair was a definite no-no! My parents were none too pleased, though ...

I have no photos of my own from around that time (my dad had starting filming with a Super 8 camera), so you will have to make do with this one which surfaced on Facebook. It was taken in front of one of Antwerp's notorious punk clubs in the very early eighties. I'm sure you'll be able to pick me out straight away! 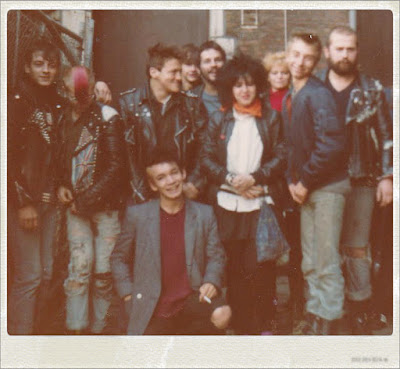 In the mid eighties, after I had started work, I had it permed (as one did), and went back to my original mousy colour.

This photo was taken at my very first flat by my then boyfriend.

By the end of the decade, thankfully, I was thoroughly bored by the silly perm and grew my hair just long enough to have it cut in a bob reminiscent of 1920s starlet Louise Brooks. It was a popular hairstyle at the time, inspired by Cacharel's Loulou perfume, which was introduced in 1987.

I also decided to colour it again, this time a vibrant auburn. It was my signature style for almost 10 years.

In 1999, just after we moved into our house, I had it cut short on a whim. It then gradually got shorter and shorter (don't ask) and I also stopped colouring it.

I cannot look at the majority of the photos taken around that time, and I am certainly not ready to share them. My hair was way too short, my weight had crept up and I looked 10 years older than I do now.

It took hours of browsing through photo-albums to come up with some I am reasonably happy with, They were taken after I had lost weight again - if anything, I was too thin for a while, as unintentionally the weight kept dropping off.

The last photo (bottom right) was taken after - nearing 50 - I'd had an epiphany and started growing and colouring it once again, although this time around it was not just the mousy colour I was keen to hide!


Now, enough about me. What about you? Do you have any hair issues or stories?
Posted by Polyester Princess at 19:41