It was a strange week last week and the weather being absolutely atrocious did not help. Someone should tell the weather gods that we're well in to spring by now! On Monday, it was raining heavily all day, so much so that part of the high street in our well and truly landlocked village was flooded. Not that I noticed, as I was at work, where I didn't even venture outside during lunch break.

Although things improved from Tuesday onwards, it was still dreary and overcast. Time to be cheered up by the tail-end of the sales at Think Twice.

First up is this pastel-coloured summer dress with sprigs of flowers in blue, aqua and purple, which I accessorized with lilac and purple. And a little posy of wilted Cosmos! 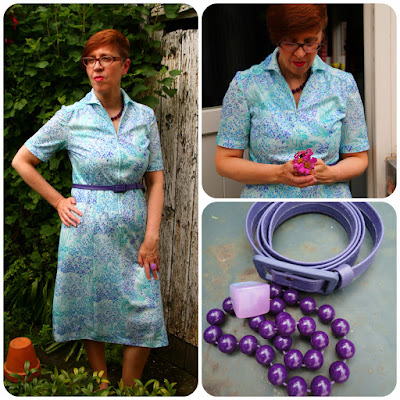 These two handbags both needed some cleaning. The cream one is a little worse for wear but will therefore come in handy when I need a summer bag which is not too precious. Oh, stop all those excuses, will you Ann! You just couldn't resist buying it at that crazy price! 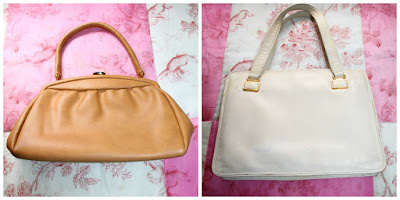 I really should do something about the handbags, as I am running out of space. 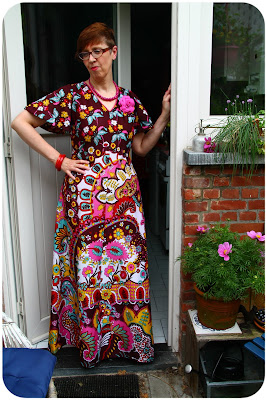 Can you believe this gorgeous psychedelic print maxi was also just € 1? It has a label which says "Nicole Bernard, Paris". Sounds posh, doesn't it? I couldn't find anything about it on the Internet, though. But I felt fabulous posing in it, so who cares, really? 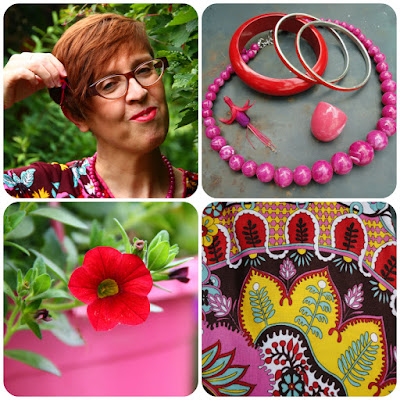 If you are wondering what I'm doing in that first picture, I was actually trying to put some flower(s), more specifically, a little Fuchsia bell, in my hair.

My final purchase was this pale yellow polka dotted dress, which I fell in love with on the spot. It was missing a button, so I replaced the lot with much nicer ones which were in my stash. They came from a high street shop blouse, which fell apart. I knew they would serve their purpose one day when I salvaged those buttons. 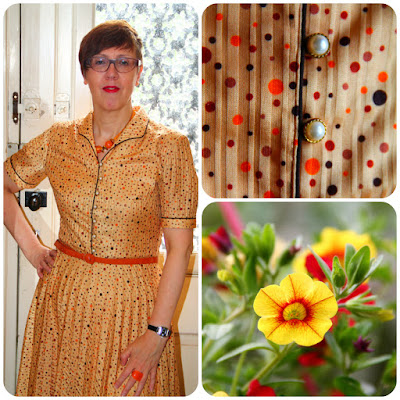 I wore the dress on Sunday to go to town. We went to a barbecue at the care home where my friend's mother Lydia is living. While the barbecue itself was absolutely fine, we escaped when they were about to start the "entertainment" (silly cabaret singer with clownish false eyelashes, anyone?) and took Lydia into town for a drink. 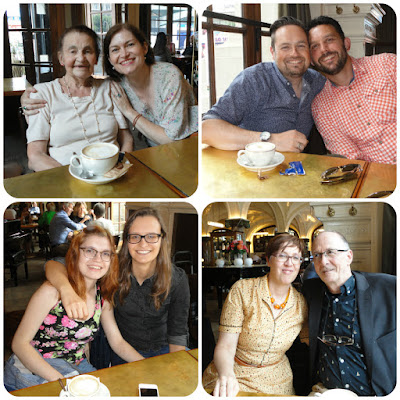 Starting from top left, here's Lydia with my friend Princess Inez, our friends Kris and Marnix, Inez's daughter Isabelle and her girlfriend Anke, and why: here's Jos and me as well. 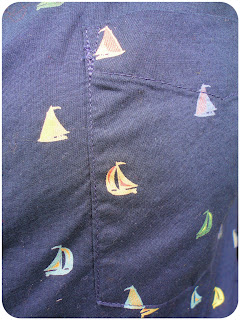 I have to point out that Jos, in continuation of the seaside theme of one of my previous posts, is wearing a wonderful sailing boat print shirt!

The café we went to, now called Gustav, is very sumptious and has long been connected with Antwerp's opera, with which it is sharing a building. 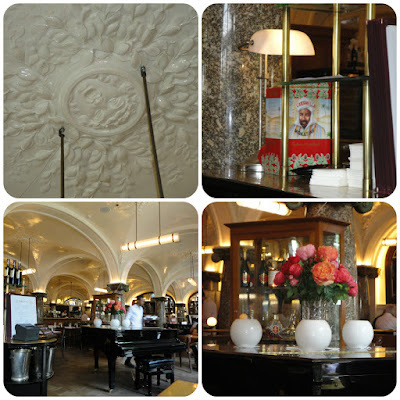 It had been a warm and humid day and a thunderstorm had been predicted. Sure enough, by the time we got home it was raining yet again.

Lately, I have received some lovely comments about our garden from my blogging friends. Don't be deceived though, as I am only showing you the nice bits. It is all a bit wild and unkempt and I'm not joking when I'm saying it's a jungle. But the local wildlife loves it, and so does Phoebe. 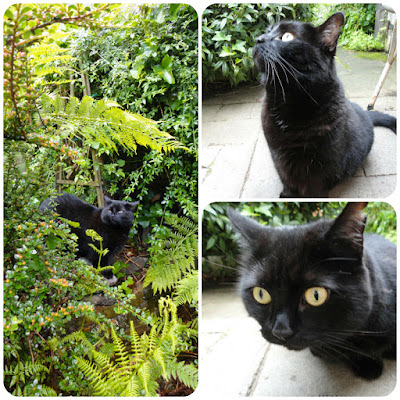 We adopted Phoebe, who was found among stray cats, just over 7 years ago. The organization who picked her up thought she was domesticated and put her up for adoption. She was probably dumped by her previous owners and she certainly had a hard time surviving among the more experienced strays. Even after all those years, she still is quite a scaredy-cat and never ever leaves our garden.

She is actually quite a posh cat. She doesn't have a cat-flap. Oh no, Madam has her own doorbell! There is a sensor right next to our back door and when she comes to the door, the portable doorbell starts playing, very appropriately, the Pink Panther theme, accompanied by a veritable light show. 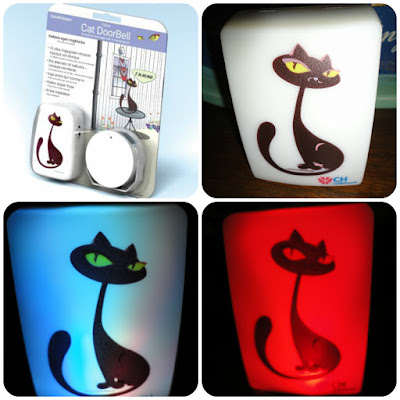 It can be quite annoying if she decides to hang around the back door with no intention of coming in. Believe me, you'll never want to hear that Pink Panther tune again ...

Posted by Polyester Princess at 19:40