I never promised you a rose garden

Last weekend was a quiet one. We didn't go charity shopping on Saturday and although there were a few local flea markets on Sunday, the weather was too unstable for the outdoor one and we didn't fancy the one being held indoors, which we have visited before and which can be a bit hit and miss. 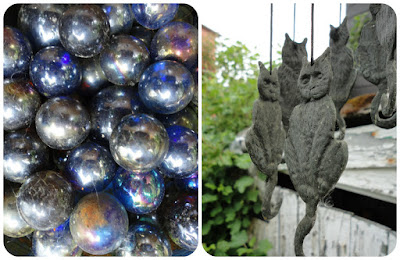 On Saturday, the weather was fine, and we were happy doing some pottering around the house and garden. 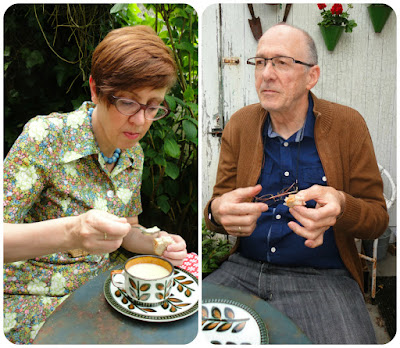 It was warm enough to have lunch outside at our little table amid the lushness of the garden, which is at its peak this time of year.

There is plenty going on in the garden. No roses though! 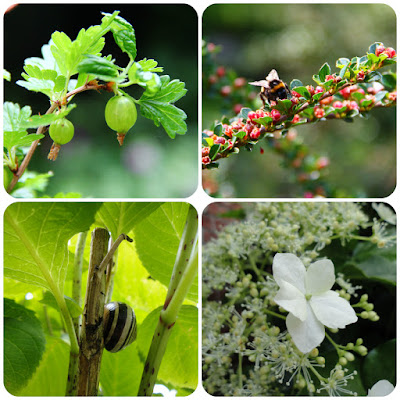 It looks like we will be getting a bumper crop of gooseberries this year. They are the red variety, ripening to a sumptuous wine red, so they are nowhere near ready for picking yet.

Our inherited Cotoneaster bush, still going strong after all these years, is positively alive with the buzzing of all kind of bees, who seem to be strongly attracted to its rather nondescript little flowers.

Look at that pretty snail hiding under the Hydrangea leaves, quite sleepy now but waiting for the cover of night to start chomping its way through our precious greenery.

Our Welsh poppies (Meconopsis cambrica) haven chosen the company of our pot-grown Oregano and are discarding their furry bonnets one by one to show off their pretty orange faces. They offer a welcome change of diet for the bees. 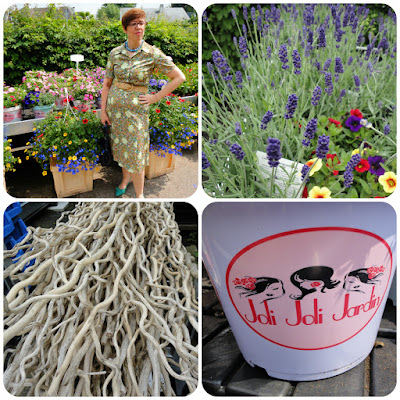 We only ventured outside our leafy domain (quite a euphemism for a garden measuring only about 4,50 by 12 metres) for a quick visit to the garden centre, where we bought some Lavender, Million Bells to put in our pink plastic hanger and a pot of pink Cosmos. 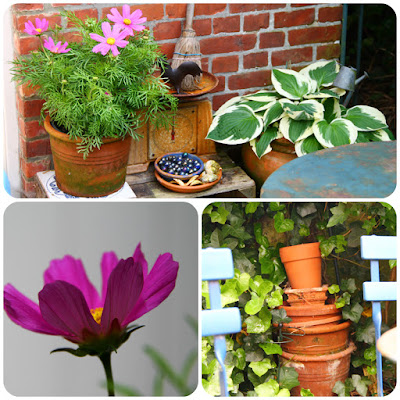 For the Lavender, we chose the Hidcote variety, which is compact and has lovely dark purple flowers. We have massed them in a big terracotta planter on our windowsill, where they will - hopefully - act as a natural air freshener to mask the musty smell which comes from our unpleasant neighbour's house whenever he opens his back door. This variety also reminds us of our visit to Hidcote Manor near Chipping Campden in the Cotswolds in 2007. Oh my, can it really be already nine years ago?

I wore flower-print dresses on both Saturday and Sunday. 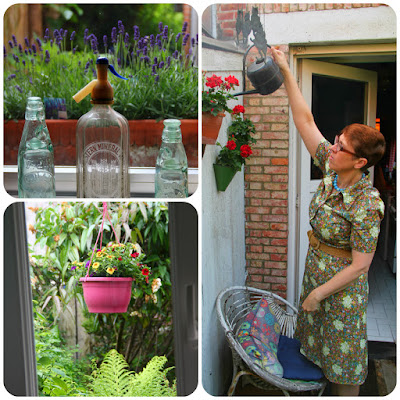 Saturday's was a multi-coloured Karelia dress printed with a meadow full of flowers.
I added a raffia belt and some blue beads which echoed the splashes of blue in the dress. 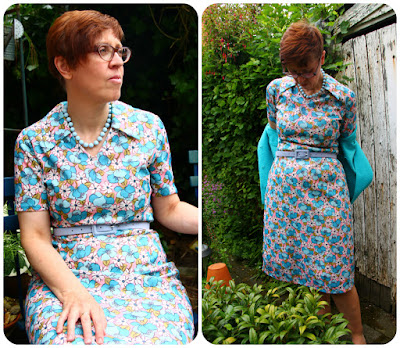 I chose flowers for Sunday's dress as well, this one a pink, blue and tan print, accessorized with a blue vinyl belt and a string of small light blue beads.

Flowers also feature on the two dresses I bought last Thursday at Think Twice, who were once again having one of their sales on. While out shopping with my best friend Princess Inez, this is what I found. 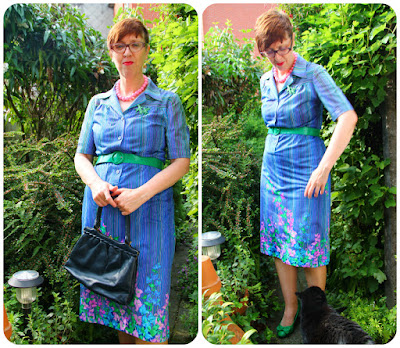 This pretty blue, purple and green striped dress has a multitude of trailing flowers at its hem. I already wore it to work, with a green belt and birds brooch and some pink beads. I found the navy handbag at the same time. Both were € 4. 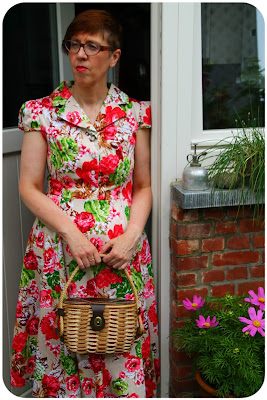 The second dress is this new-to-me one from retro label Hearts & Roses. I don't usually do retro dresses but this one was too pretty to leave behind and fit me perfectly to boot. Seriously, at € 4, it would have been rude not to snap it up.

On Sunday, our pottering was mainly done inside the house because of the weather. I finished some long-overdue repairs on a dress, did some ironing (!) and cuddled up on the sofa with this lot: 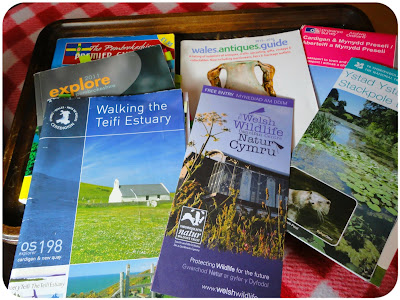