Fell in love with a dress

In my previous post, I hinted at the fact that there was something going on at the charity shops on Saturday before last.

Yes, it was time again for that yearly event to promote their shops, the notorious Day of the Charity Shops (Dag van de Kringwinkel in Flemish)!

It's an event which is loved and hated in equal measure by any vintage aficionado, as much of the interesting stuff is being kept behind especially for this day, while on the day itself the shops are full of fabulous, yet often overpriced, goodies. 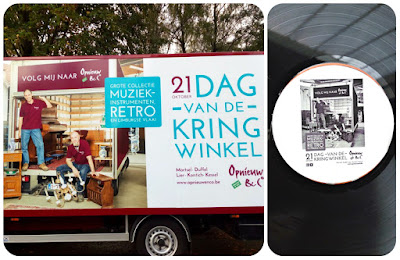 The diehards take up their posts at the shop's entrance well before opening time, pushing and shoving their way into the shop once the doors are opened, in order to get first dibs at the goods on offer.

Not us! No, obviously we are far too civilized and laid back for such behaviour!
Although I have to admit that, once inside the shop, all manners can be thrown overboard if anyone even dares going near the object(s) of my desire!

So, we walked in at leisure one hour later, past table after table groaning under the weight of vintage crockery, casting a cursory glance, then went down to the textiles department in the basement. 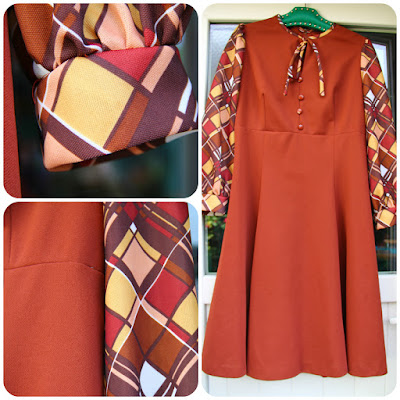 There, we were halted in our tracks by the display on the half landing. That dress! Minutes later, the mannequin wearing it was left bare, and I was on my way to the fitting rooms ... 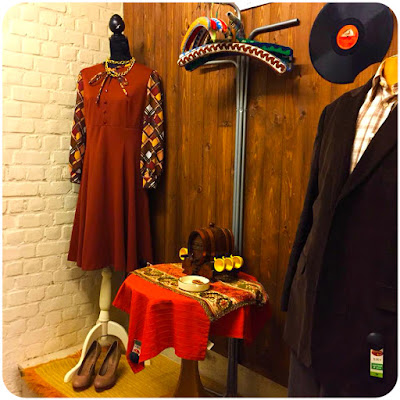 I could have hit myself for not taking a before photo, but apparently the charity shop people did and posted it on their Facebook page, so this photo is courtesy of them. 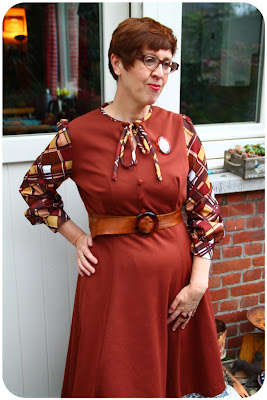 The dress is just a tiny bit too wide on me, but there was no way I was leaving it behind. Surely, that's what belts were invented for? 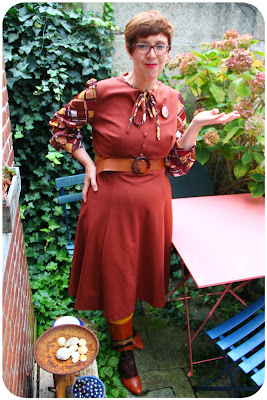 I had the perfect boots to wear with it as well. And no, I am not trying to walk like an Egyptian: I was telling Jos I could feel the first drops of rain ... 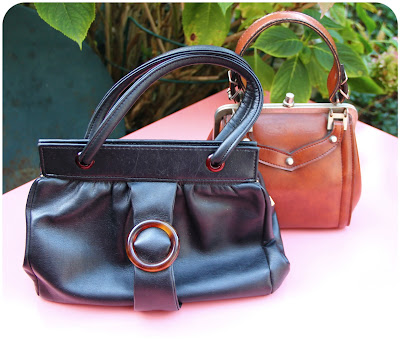 From the same shop came these two vintage handbags. 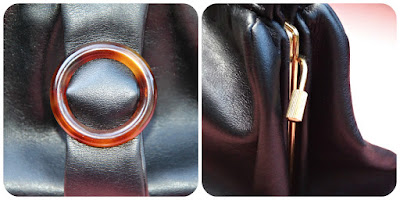 At first, the black bag with the tortoise shell ring got us stumped, as we couldn't seem to open it. Then Jos noticed this hidden lever, which releases the opening mechanism, and hey presto!

It had to come home with me, even if for the unusual catch alone, as this is exactly the kind of quirky thing that I love, justifying why I've just bought another black handbag ... 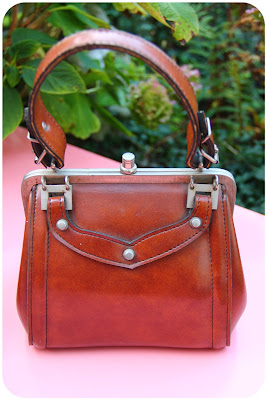 For good measure, here's a closer look at the small but sturdy and surprisingly roomy tan leather handbag.

Jos bought this revolving device containing a barometer, thermometer and a hygrometer, for his small collection. 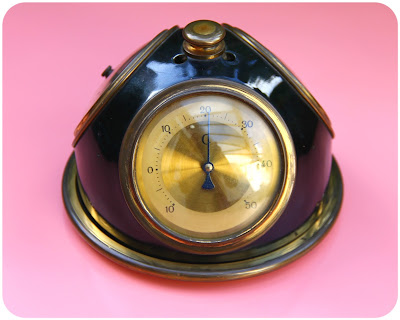 After our walk in the park, we drove down to a shop we only visit once or twice a year. By then, afternoon was well on its way, and we expected it to be stripped bare. Not so! Here too, there were endless shelves of vintage china, even more than at the first shop.

We noted there were hardly any gaps in the shelves, so we don't think much of it was sold. Serves them right, they should put  these things out into their shops all year round! 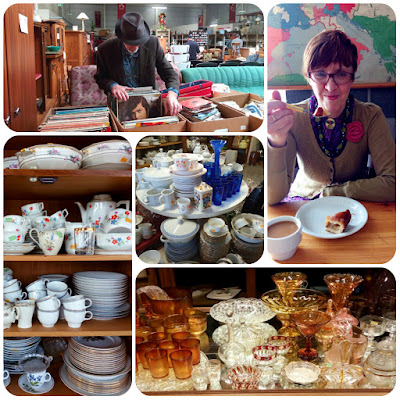 Jos browsed the cartons of vinyl, but didn't find anything he liked.

He then settled for a vintage portable record player. Not that we didn't have one yet ... This one will need some TLC. 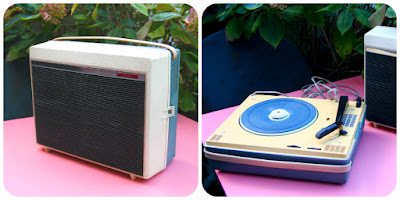 After a cup of coffee and a slice of apple pie, we made a final round, and I found this vintage St. Michaels melamine tray. 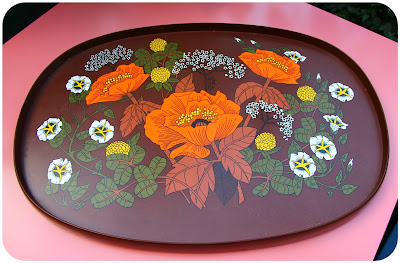 Sunday was all work and no play. Oh, OK, just a little bit of play then: I had the day earmarked for the continuation of my wardrobe switch-over. 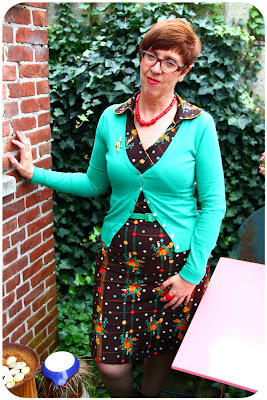 Dressed in this stretchy retro frock by Zoë Loveborn, I matched our Emsa kitchenware perfectly! 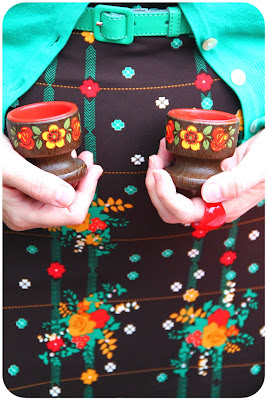 Here are my Summer frocks ready to be put into vacuum bags. I am only keeping out the ones which are tricky to iron. 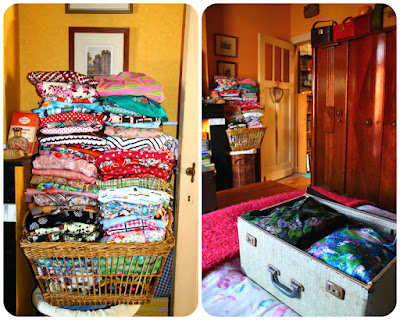 Then came the fun bit, as one by one my long-sleeved dresses were taken out of the bags they've been in since late Spring.

As usual, there were the old favourites as well as one or two surprises I'd completely forgotten about!

I also took the opportunity to have a cull and fill a bag full of clothes to sell on. 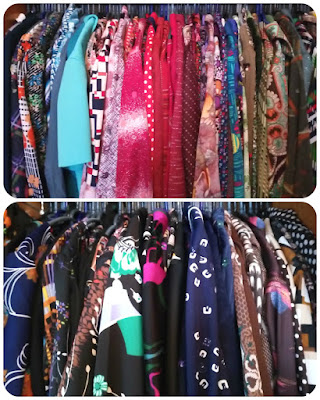 There, don't they look nice hanging ready to wear in my wardrobe?