Last Saturday it was "Dag van de Kringloopwinkel" here in Belgium. For the sake of this blog, I am translating this as " Day of the Charity Shops", although strictly speaking, they are not charity shops, but "recycling" shops. For a more detailed explanation on how they operate, see my post here. 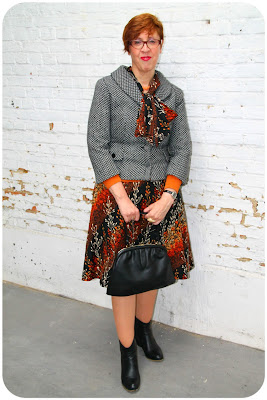 The event is being held to promote the working of the shops, but we, as dyed in the wool charity shoppers, needed no further introduction, of course. 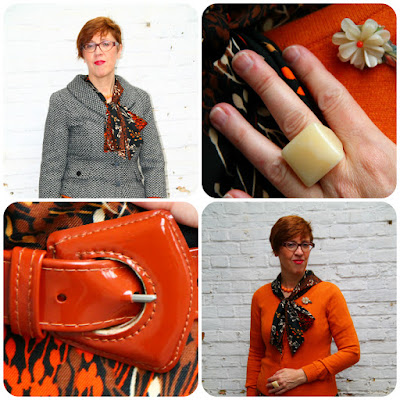 In fact, when we received a flyer in the post a couple of weeks ago,  this would have gone straight into the bin, if my eyes hadn't been drawn to the smaller lettering, which said that there would be a special offer of "retro & vintage". 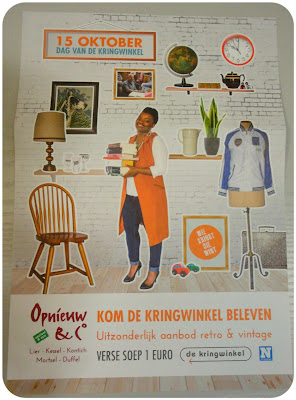 We are aware that in the run up to events like these, anything which can even be vaguely considered vintage, is being put aside.

We also know that the asking price at these events is higher than usual.

It is still worth having a look, though.


As our first shop, we chose our favourite one, which we visit about once a fortnight, as they usually have the best selection.

Although we weren't looking for anything in particular, we always keep our eyes peeled for cups and saucers of a pattern by Belgian pottery Boch, which until now are proving to be elusive. In fact, the shop had a mind-boggling array of vintage crockery on offer, but not what we were looking for ...

We don't know the issue date nor the name of the pattern, but the fact that Jos's parents had this when he was growing up, dates it from at least the 1950s, if not earlier. 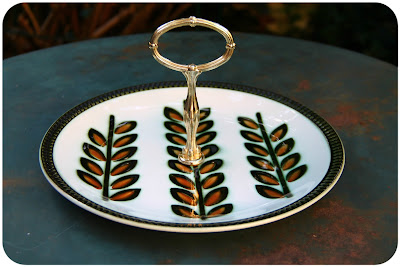 We did find an addition to one of the other Boch patterns we are collecting. This is called Rambouillet and was issued 1966 for the pottery's 125th anniversary.  It was very popular at the time and, after having been out of favour for many years, it is now quite sought after ...

Not to be deterred, I descended to the basement to have a look at the clothing, which was also quite disappointing. However, there was a whole shelf of vintage handbags! So this is why I hadn't been able to find anything decent in this shop lately ... 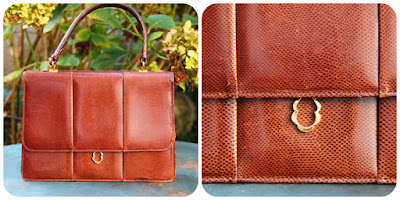 There were quite a few I liked the look of, and I had a hard time making a choice, which in the end I managed to whittle down to three. 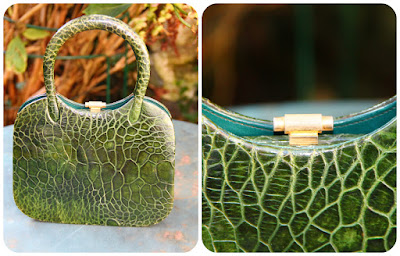 Jos then persuaded me to take them all. As if I needed any persuasion ... 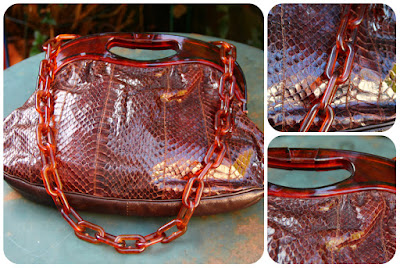 At special events like this, we tend to visit more than one shop, making the most of what's on offer.

One of the other shops we visited was a disappointment. Not only did we not find anything at all, the prices were quite exorbitant. I spotted a couple of handbags which were almost double the price of the ones I'd bought that morning, but which weren't even half as nice. 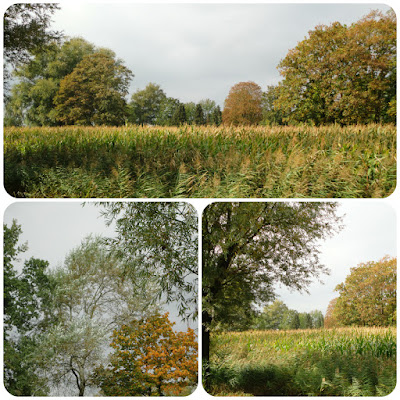 After our usual picnic (in the car this time, as it was quite chilly), we drove back home but at the last minute decided to pay a visit to our most local shop. This one is actually in our own village but has been quite disappointing on previous visits. 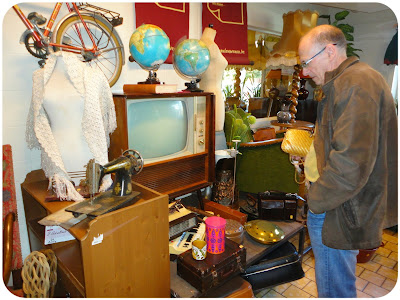 Not this time, though. The vintage tv would have come home with us, if we'd had the space for it. It was abolutely gorgeous and so much nicer than a flatscreen tv.

This is what we bought instead. 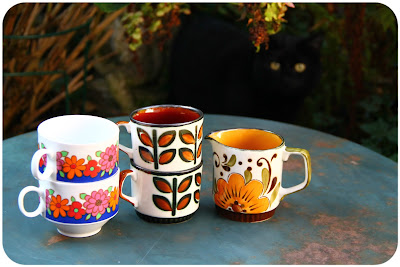 More crockery. From left to right: flowery cups to match the coffeepot and tablecoth we found recently, spare Rambouillet cups and a Boch milk jug from their Paradiso range.

You can just make out Phoebe's eyes in the background ... 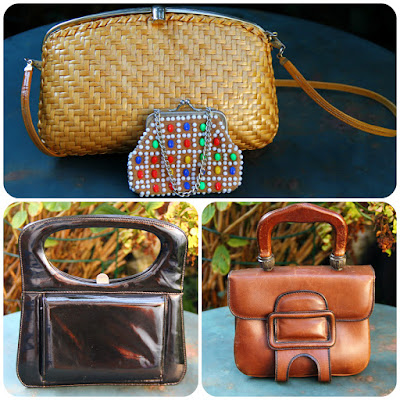 More handbags, and a little beaded purse. I am desperately running out of space in this department now ... 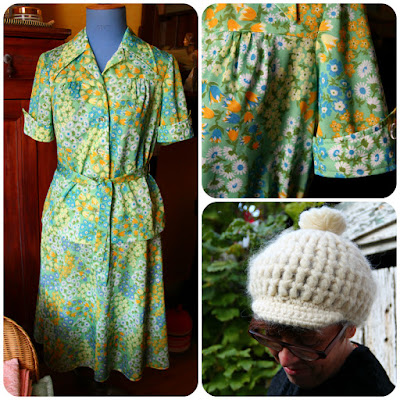 And finally, a cute summery two-piece, shown here by Angelica, and woolly cap topped with a big pom pom shown by me! 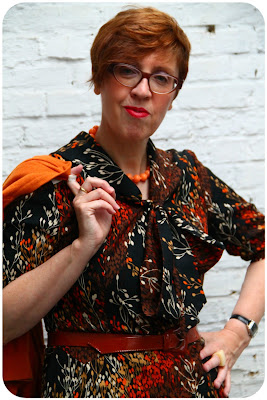 Oh, and my outfit details:

Posted by Polyester Princess at 12:07