Once upon a time, there was a little girl, whose fairy godmother presented her with several gifts, which would greatly determine her life's path.

The first one, the gift of reading, came to fruition when the little girl was six years old. She can still vividly remember the very moment she realized that she could read, sitting at her parents' dining table one evening after school, and the feeling of utter happiness this gave her.

The second gift was more complicated. The fairy godmother thought long and hard and decided to give the girl the collecting gene. 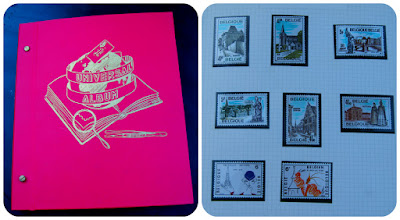 At first, the little girl didn't know what to do with this gift, turning up her nose at her dad's offer of a stamp collection. 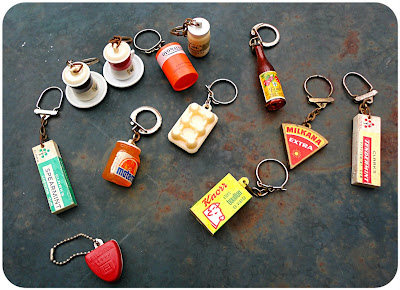 In the early 1970s, a better offer, in the form of a keyring collection, turned up. This was at the time when every brand worth its salt offered freebie keyrings with their products.

The little girl, encouraged by her dad who made her a rack to display them on, dutifully accepted offerings of keyrings in all shapes and sizes. 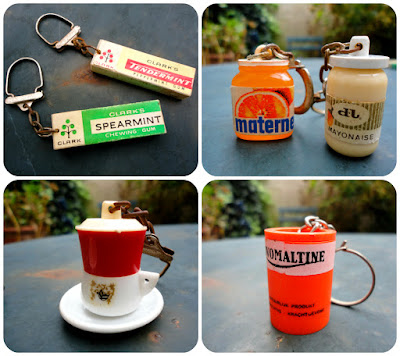 But after a while, the novelty of keyring collecting waned, especially when the craze eventually came to an end.

Fast forward many, many years. It was the late 1980s by now and the little girl was not so little anymore, although she still couldn't exactly be called tall. 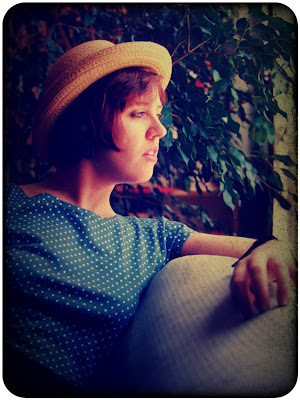 Dressed in suitable 1980s attire, hair in a Louise Brooks bob, she walked the city streets and, still in thrall of the gift of reading, entered a well-known bargain bookshop. 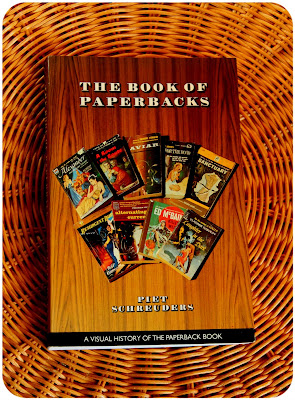 Almost instantly, her eyes were drawn to this book on the history of paperbacks, focusing on their heyday from the mid 1930s to the late 1950s.


Leafing through its pages, she recognized some of the colourful covers which were on her father's bookshelf and which had always fascinated her.


Before she knew it, she was hooked. Soon, she and the boyfriend spent their weekends trawling the city's second hand book shops in search of treasure. 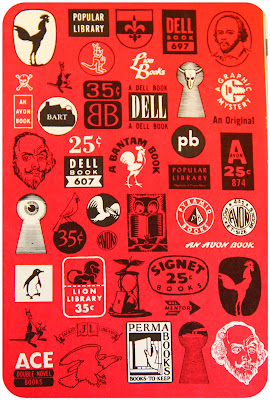 She learned about the different paperback publishers of the era and was soon able to recognize the style of the individual cover artists.


The more demure Penguins were not dismissed either, especially when in 1985 Penguin celebrated its 50th birthday and published a book on its history.


Neither was Penguin's little cousin, Puffin Books, which had been publishing children's books since 1941.


Eventually, life's habit of throwing things at you when you least expect them, put an end to this collection too, and when the girl and the boyfriend split up the collection was split up between them.


By now, you will have surmised that the little girl was me, and that vintage paperbacks were just the beginning, and not the end of collecting for me.


Lately, though, I have been eyeing my little collection quite wistfully, thinking I would love to pick it up again.

I might have left it too late, however, as most of the second hand book shops of yesteryear have long gone and those that remain are no longer treasure troves of cheap and cheerful old paperbacks.


Do you have any past collections, which you have abandoned?
Posted by Polyester Princess at 16:38