When you have been living with an object for many years, it tends to become invisible, even if it’s a much cherished one. It often takes a visitor, new to your house, singing the praises of said object, to make you look at it with fresh eyes and to once again appreciate its beauty. 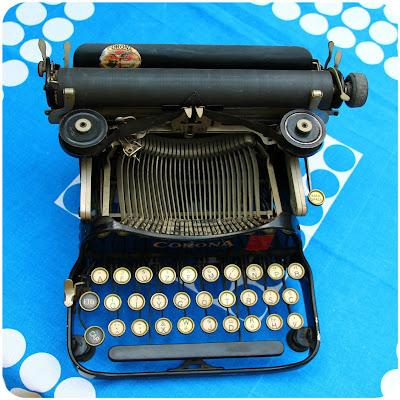 This Corona typewriter has been living with us for about 15 years after it had been languishing unloved at my sister’s house. It’s a family heirloom, as it used to be my paternal grandfather’s. 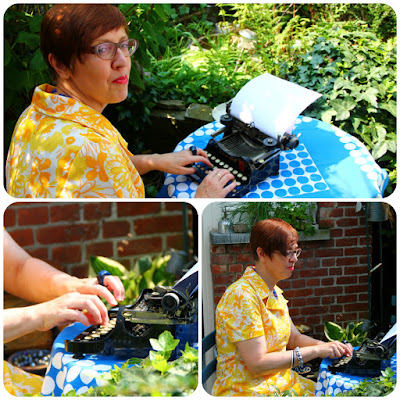 Somehow, I don't think this summery Vinetta dress, which was one of the first vintage dresses I ever bought, would have been considered the right attire for a secretary.


Louis, my grandfather, was born in 1909 into a large and relatively poor farming family.


After meeting and subsequently marrying my grandmother in 1931, they moved to a village near the city of Antwerp, where my grandfather found employment at a large and well-known factory. He was the only one in his family to move out of the rural area his ancestors had lived in for many generations, and was therefore considered by them to be quite the “townie”.


Like many of his generation, my grandfather grew vegetables in his back garden. Later, he was able to get an allotment, eventually becoming chairman, ruling his flock of allotment keepers with iron hand, and writing many a letter to the authorities on their behalf.

In my mind’s eye I can see him sitting at his drop-leaf desk in the corner of the cramped little dining room of my grandparent’s house, furiously typing away at the Corona and venting his frustration with the ways of the world. 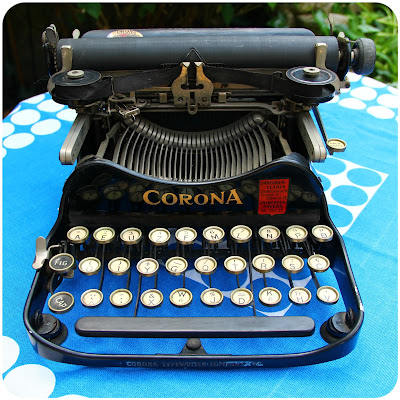 As I’m used to touch typing, I would only be able to type gibberish on this machine, as its keyboard is neither AZERTY (as used mainly in France and Belgium nowadays) nor QWERTY. In fact, the top row of keys forms the tongue twisting AEUZFM. 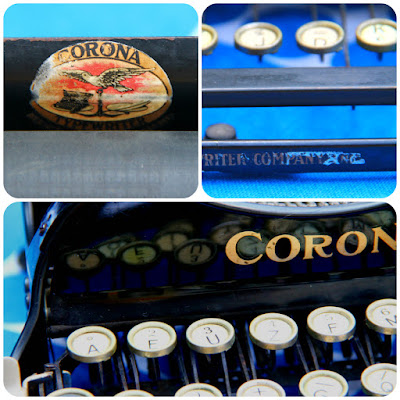 A quick search on the Internet reveals that, although it is marked as No. 6 (for which I have not been able to find any info), it is very similar to the No. 3, which came on the market in 1912 and remained in production for nearly 30 years. 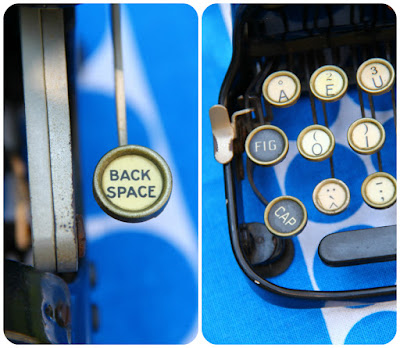 I could only find it with a QWERTY keyboard though. Further googling unearthed that mine has a so-called Belgian keyboard, invented by a 17-year old boy in the late 19th Century, with the vowels on the left and the consonants on the right.

Apparently, the Belgian keyboard was available for 50 years alongside the standard French AZERTY arrangement - although not as popular - and was discontinued just before the Second World War. 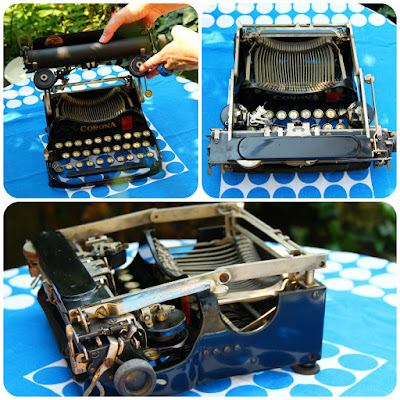 A unique feature in the typewriter’s design is its ability to "fold" in order to fit into a case. The carriage is hinged and folds over the keyboard, making it more compact for storage. The machine was so practical that it was chosen by the British Army in the First World War.

On another note, it is said that Hemingway once declared that the Corona No. 3 was the only psychiatrist he would ever submit to! 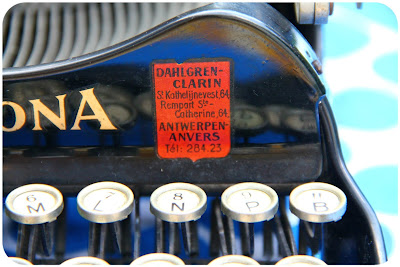 Our Corona has a label of the shop in Antwerp where it was bought. The street, St. Kathelijnevest, has been Antwerp’s typewriter mecca for many decades, and it is actually the very street where my office is located!

I wonder what my grandfather, who died in 1994, would have said if he knew his Corona was still around and being cherished by his granddaughter in 2016?

And that she's blogging about it too, which would have been a mind-boggling concept for him.

But then again, he might have taken to it as a duck to water and be a blogger himself, having kept a diary when he was a soldier in the Second World War ... 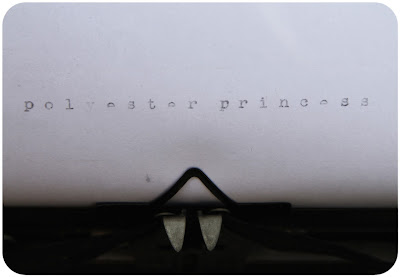