Oh I just don't know where to begin

So many dresses in my wardrobe calling out to be shown, so I’d better make a start.

This is what I wore to go vintage shopping on Sunday. 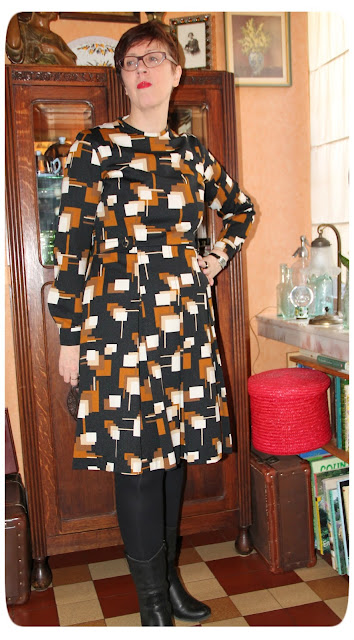 A long-sleeved, box-pleated dress with a geometric pattern. The waist is nipped in by side tabs with two gold-framed fabric-covered buttons. I had to undo somebody’s bad attempt at taking it in but I managed to restore the dress to its full glory without any damage.

The cuffs must have had the same buttons, which unfortunately were no longer there, so I had to improvise and replace them with some simple black ones from my stash of vintage buttons. 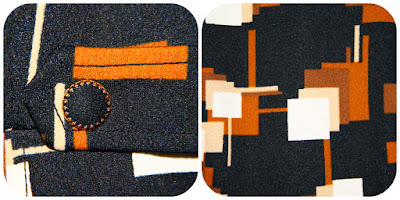 That’s as far as my sewing skills go, I’m afraid, although I promised myself that one day I will learn how to use my late mum’s sewing machine. Now, all I need is some time …

The dress screams 1960s to me but could be early seventies. It has lost its label, so nothing there to identify it with.

Now that I got started, I thought I’d show you not one but two dresses! 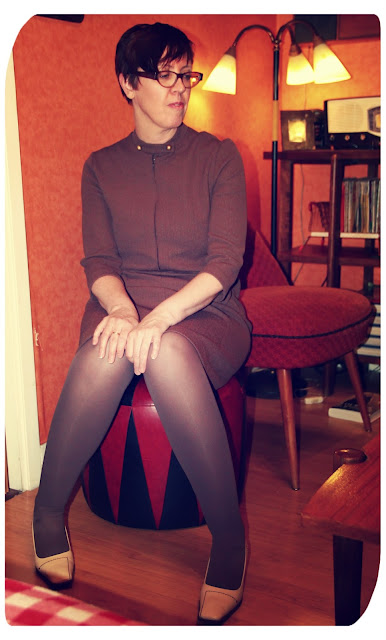 This one is in a plain crimplene-like fabric. I don’t often buy plain dresses unless there is something special about their shape or if they have nice buttons or other details.
This dress spoke to me since it has both. I like its space-age shape, with its unusual collar, and just look at those pockets! 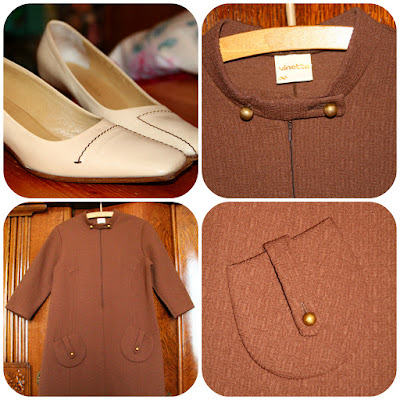 This dress is labeled. It’s from a Scandinavian brand called Vinetta.  I’d love it to be from the 1960s but  this one too might be from a slightly later date.

The shoes I’m wearing are from a charity shop and bought in the Christmas holidays together with another, similar, pair. I immediately thought of this dress when I saw them, although I guess it would look even better with go-go boots!

Both dresses are from Think Twice vintage shop in Antwerp.

I hope you like this first little peek into my wardrobe …
Posted by Polyester Princess at 16:07